Home Columns Chief's Chat Impact of the Act No 4 Bill 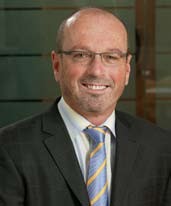 The Building Act Amendment Bill No. 4 has been referred to the Local Government and Environment Select Committee, with submissions having closed on June 11.

This is the second instalment in a series of reforms, and is aimed predominantly at providing consumers with greater protections (along with a host of changes to how dams are regulated — which doesn’t concern us too much).
So what does it all mean for the average residential builder? Well, a whole lot if the Bill gets enacted without some changes. We summarise some of the key points and comment as follows:

Furthermore, the Bill provides for certain things to be in the contract and we agree with this principle, but do not think it is a good idea for the Government to have its own contract or write specific clauses, as this will cause problems for all the current contracts (and potentially NZ Standards) out there that have been years in the making.

Introduces and clarifies a series of statutory-implied warranties
Many of these warranties are carried over from the principle Act, and ensure things such as the building work is carried out in a proper and competent manner, is done in accordance with the plans and specifications and the relevant building consent, that the materials supplied will be suitable for the purpose and, unless otherwise agreed, will be new.

But the real matter to contemplate is whether all the building reforms do what they originally intended.
Given the fact that the changes have been introduced in stages, it was always our contention that they needed to be viewed as a package, and that it was difficult to agree with the first set of amendments without seeing the second.

One thing is clear though — there has been a significant shift in accountability away from the councils and onto the building contractor.
Councils will argue that they have shouldered too much of the financial burden from the leaky homes problem, and that is probably fair comment.
But by removing them altogether does not mean the public is better off, because the building contractor is not suddenly able to fill the void as the residential sector consists of 90%+ of small-to-medium enterprises with less than half a dozen staff, most of whom have no insurance or ability to pay as they are highly under-capitalised.