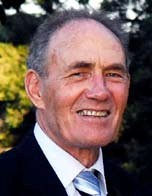 At the time of a personal career change in the late 1990s, when I moved from architecture to working with industry organisations and government departments, an important friend and mentor was Professor Helen Tippet of Victoria and Deakin (Australia) Universities.

I greatly treasured the evenings spent over a glass of whiskey and a chat and, sadly, missed both after she passed on.
Helen was Chair of the government body set up to provide a roadmap for a much needed change to New Zealand’s approach to building controls. The previous controls served the industry from the birth of Standards New Zealand, which was set up after the Napier Earthquake of 1931.

Helen’s committee was the precursor to the BIA, which latterly has become the Department of Building and Housing. Only God knows what will happen now that this Ministry has been subsumed into a new super-Ministry, headed by policy-driven leadership with little or no industry connection.
Prior to the formation of the Building Industry Authority in 1992, the original control mechanism was a series of New Zealand Standards documents, called incidentally “New Zealand Standard Specifications”.

These were then adopted by local authorities as by-laws. As councils are inclined to do, they changed them to suit their own view of the right and wrong way to build.
The system, other than a lack of New Zealand-wide consistency – and the occasional battle over the counter with a recalcitrant inspector who wouldn’t even show you the council’s “amended” version of the code – worked reasonably well.
Acting as a sort of unofficial court of judgement over building standards was the Ministry of Works. The Government responsible for disbanding this centre of excellence within the design and construction industry should be ashamed of themselves.

Not only did Ministry architects and engineers conduct research into building techniques and material use, they also had the time to sit on Standards committees. This resulted in a progressive review of, and raising of, building standards.
The Ministry also provided an excellent training ground for many leading practitioners of the 1960s and beyond. A cadetship to the MOW was prized as a way of gaining an affordable education and a meaningful apprenticeship.

The MOW, required as they were to protect government investment in buildings that could become a critical resource during an earthquake or similar event, was always looking for better ways to build.
The MOW standards then tended to leapfrog into future New Zealand Standards revisions, due in part to the preponderance of MOW employees on the various committees.
Now that vital resource is gone forever, and we are forced to deal on our own with what was intended as, but which patently fails to be, a performance-based building code.

Why? The core reason can be summed up in two words — acceptable solutions. Helen Tippet would spin in her grave if she knew how this little idea has spun out of control.
Word choice is critical. “Acceptable solution” sounds much more important than “alternative solution” doesn’t it? No need to persuade the BCAs about that. They love the cookbook approach to designing and building, even though it is leading to a serious dumbing-down of building standards.

Designers of anything above standard construction were never expected to use acceptable solutions. For example, the original E2/AS1 for exterior claddings contained only nominal coverage of three types of wall claddings and no effective coverage at all of exterior windows.
It was assumed that all architects and most architectural designers would use their own skills and knowledge to design alternative solutions based on the performance statements of the Building Code.

The real code is the performance-based statements, not the simplistic acceptable solutions. These were intended as simple solutions for simple buildings.

Okay. Let’s get it out of the way. What about leaky buildings? The answer is frustratingly simple. Not one leaky building complied with the New Zealand Building Code.
Yes, untreated timber led to earlier rotting of frames, but I challenge anyone to show me one example of a face-sealed wall cladding in any New Zealand Building Code pre-2004.
Face-sealed claddings are an abomination, because if water gets behind the cladding material it cannot get out again so it heads inwards.

Now we put face-sealed claddings on cavities. I still don’t like them but at least this offers some chance of water being isolated from the timber frame and the building interior.
There were lots of other reasons for the tragic events affecting far too many New Zealanders, but the use and approval of face-sealed claddings was a major factor.

Now, through a perfectly understandable over-reaction to this unfortunate period in residential and school design, we have a performance-based Building Code that is overwhelmed by prescriptive compliance documents.
These are becoming more detailed and, sadly, more accepted by designers and BCAs as the norm.