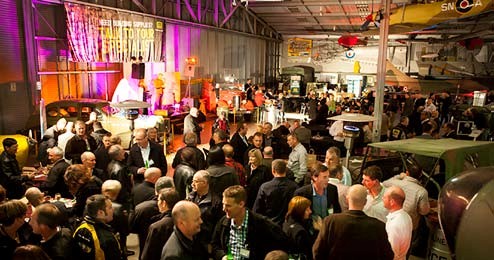 More than 300 industry people gathered in sunny but chilly Tauranga for the Registered Master Builders Federation annual conference last month.
With a conference theme of “Building Excellence”, attendees were treated to an outstanding array of speakers, with topics ranging from excellence in commercial construction to the excellent result of winning the Rugby World Cup.

The conference opened with an address from Minister for Building and Construction Maurice Williamson who introduced some new technology while giving a run down of his view for the industry going forward.
He exprerssed his desire to see a Building Code that is realistic about what’s mandatory, and that the market should be left to drive anything over and above that.

Among other things, the Minister also stated that the industry needs to move away from “Least Price Wins” procurement methods, and that construction should be run more along the lines of the vehicle industry where increasingly whole of life/fit for purpose is the basis of procurement.
This is something that most builders would definitely welcome.

The next speaker was Contiki founder John Anderson who told his awesome story of calculated risk taking, culminating in an extraordinarily successful global business.
Mr Anderson was an incredibly passionate speaker who took those in the room along with him for the ride — and what a ride it was! It’s fair to say his book Only Two Seats Left was flying out the door later in the day.

Next up was Diane Turner, general manager, policy and strategy, for the Canterbury Earthquake Recovery Authority (CERA), talking about Building an Excellent Christchurch.
She gave an update on where things are at, why they’re happening the way they are and how CERA and other entities are working towards rebuilding the city.
Ms Turner left the audience in no doubt that there is a very long way to go — and that there is a high level of collaboration with the community to ensure that the new Christchurch delivers to everyone who resides there.

With the first day’s formalities over, the BCITO shouted the delegates to a Happy Hour in the trade area which was a precursor to the ITM Welcome Function at the Classic Flyers Museum — a fantastic venue with great entertainment to kick off the 2012 Conference in fine style.

A not too early start in the morning saw an address from Jason Barrell whose challenges throughout his life have seen him go from a young lad who just thought he was a bit dumb — but turned out to be dyslexic — and a Super 12 rugby player who broke his neck never to play again, to a policeman who then had a series of life-threatening strokes from a brain tumour that lead him to high risk surgery that meant he had to completely rebuild his life both mentally and physically.

What a story! While it was a lesson in building confidence and having tenacity, Jason’s message was to be grateful — which was not hard after listening to him.

The next session was given by BRANZ, Fletcher Construction and Warren and Mahoney about the construction of the new BRANZ premises near Porirua.
Packed with new technology, the building now absolutely practices what BRANZ preaches. The before photos showed that the industry’s scientists and the people that support them were well deserving of a new place to ply their trade.

The afternoon was taken up by a number of workshops that provided excellent insights and, in some cases, great hilarity. They included:
• Alison Mooney — Building an Excellent Team: Delegates were given a no-holds barred and absolutely hilarious look at their own personality types, and how they interact with others around them. All agreed that Alison was frighteningly accurate — luckily she gave delegates some tools to work with in the future.
• Hannah Samuel — Building an Excellent Reputation: This was a fun session that gave attendees a timely and, at times, a bit of a scary reminder about how reputations are formed and by whom.
An eye-opening video on social media showed that the world is no longer a sleepy town waiting on the local paper and the six o’clock news to provide people with what’s happening out there.
• Ruma Karaitiana — Building an Excellent Skills Base: As BCITO chief executive, Mr Karaitiana is in the perfect position to relate the industry’s view on how to attract, train and retain good talent to the industry.

He is also heavily involved in the Productivity Partnership which has been mandated with putting together a Skills Strategy to 2020. He shared some of the research and insights on how they’ll be looking to do this.
• Peter Thorby and John Gardiner, DBH — Building an Excellent Industry: It’s not often you hear laughter coming from a session with Government Department personnel! The DBH duo took delegates through the future of the Department, the initiatives they are undertaking and, in doing so, asked builders for input as to what they wanted for the future — an excellent collaborative session.

The function that evening was the fantastic Carters Medieval Banquet at the Mills Reef Winery in the Barrel Room. It was the perfect theme for a perfect setting — the pictures speak for themselves!
On the final morning, delegates were treated to an address from Martin Snedden about his role with the Rugby World Cup, and how he and his team Built Towards Excellence.

He told some fantastic behind the scenes stories and showed a great video to support it. Many delegates mentioned that watching the video of the final still made them nervous, even though they knew the result!
It’s also amazing how a $30 million-plus loss is pretty much forgotten now that the little gold cup is in the cupboard.

Following that came the AGM (see article, page 14 for more information about the new RMBF Board of Directors). All in all, it produced an incredibly positive couple of hours with members who are clearly looking to the future and building an excellent Registered Master Builders organisation.
A big thank you goes to all the sponsors and supporters, builder members and their partners.

The Federation looks forward to doing it all again next year in Dunedin (pack the winter woollies!).