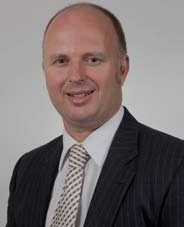 In contrast however, the New South Wales Courts take a different view. In the decision of the Supreme Court of New South Wales (Equity Division) (Owners Corporation Strata Plan 72535 v Brookfield Australia Investments Ltd & Hiltan Pty Ltd [2012] NSWSC 712), Judge McDougall found that there was no common law duty of care. By way of background, an “Owners Corporation” (in essence, the Australian equivalent of a Body Corporate) alleged that there were defects in the common property at its strata title development known as “Star of the Sea”.

It issued proceedings against Hiltan (the developer) and Brookfield (which had designed and constructed the development in accordance with a contract it entered into with Hiltan). The Owners Corporation claimed that both Brookfield and Hiltan owed (and subsequently breached), warranties contained in the Home Building Act 1989 (HBA) and a common law duty of care in constructing the development with construction defects.

Judge McDougall concluded that the design and construct contract was one to which statutory warranties contained in the HBA applied. However, in respect of the duty of care his Honour did not accept a duty of care at common law was owed. The Owners Corporation submitted that it was vulnerable because the operation of the statutory schemes meant it had an obligation to repair and maintain the common property without having the opportunity to consider whether or not to accept this burden.

Further, the Owners Corporation had no ability to discharge the burden through its own resources — it could only do so by levying the owners. His honour held that neither the builder nor developer owed a duty of care to an owners corporation for the residential apartment building. This decision was based on three main points: • The first reason was that the Owners Corporation had the benefit of the statutory warranties contained in the HBA. The court did not think that it was open to a trial judge to hold that some additional common law duty of care should be imposed on the developer and builder. His Honour noted “in circumstances where the legislature has considered, and made clear provision for, the extent to which a builder is liable to a subsequent owner, I think that the courts should be slow to substitute their own judgment for that of the legislature.”

The judge went on to say that because of the benefits bestowed by the statutory implied warranties, it is “questionable” whether the Owners Corporation should be considered vulnerable. • A second reason for not imposing a common law duty of care was that the concept of proximity had been discarded (in Australia) as the basis of imposition of a duty of care. This is in contrast to New Zealand’s current position where proximity is still a key consideration. • A third reason was that Brookfield and Hiltan had negotiated, on what seems to be an equal footing, a detailed contract. Therefore no common law duty of care was owed by Brookfield to Hiltan because their relationship was governed by the contractual terms. Because Brookfield did not originally owe Hiltan a duty of care, it could not owe any successor in title any common law duty of care.

The New Zealand decision of Mount Albert Borough Council v Johnson was relied on by counsel for the Owners Corporation in support of their submission that a duty of care was owed by the developer. Judge McDougall (at paragraph 152) stated that he did not regard the decision in Mount Albert Borough Council as requiring him to conclude that the duty of care alleged was owed by developer to home owner.

His Honour noted that it appeared that the very close relationship between the developer and the builder, and the extent of control apparently exercised de facto by the developer over the activities of the builder, was a significant factor resulting in a duty of care being found in that case. Judge McDougall did not believe there was anything in the evidence to suggest an equivalent relationship between Hiltan and Brookfield in this case that would warrant a finding of a duty of care being owed by developer to home owner.

The decision indicates that in Australia, builders and developers will not necessarily owe owners a common law duty of care. The decision is unlikely to affect the law in New Zealand because it is of only persuasive value to the New Zealand courts, and goes to some trouble to distinguish Mount Albert Borough Council v Johnson rather than to dismiss it as bad law.

Nonetheless, it will be interesting to monitor the Australian case law on this topic to see whether an Australian court would conclude there was a common law duty of care in a situation where an owners corporation was statute barred from enforcing the warranties under their Home Building Act, due to the time having lapsed since the work was undertaken. Note: This article is not intended to be legal advice (nor a substitute for legal advice). No responsibility or liability is accepted by Legal Vision to anyone who relies on the information contained in this article.