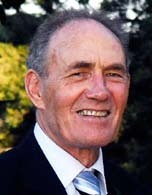 In this case it probably doesn’t matter too much as it’s only sport. Although legendary ex-Liverpool manager Bill Shankly once said that football isn’t a matter of life and death — it’s much more serious than that. But in numerous other cases, ill-considered planning can seriously restrict success and even ensure failure. Consider the Building Act and Building Code. Can you put your hand on your heart and say that since the introduction of the Act and Code in 1992 (yes, it was that long ago) the standard of building in New Zealand has improved and/or the industry is now much more efficient?

Probably not. And why? Well, that little question has more than one answer, but the main reasons stem from the form and content of the Act and Code and, perhaps more tellingly, the way the Act and Code are currently implemented.

For example, can you effectively and efficiently implement a national, standard, performance-based code via more than 70 individual Building Consent Authorities (BCAs)? No you can’t. And recent experience has proved this to be the case. We now have many more building-based issues to address, a much less efficient industry and vastly increased compliance costs to deal with. And don’t get me started on how acceptable solutions have led to a serious dumbing down of how well we design and build.

So what’s the answer? Two simple changes. The first, either a single national BCA, or greater national control over the compliance process by individual BCAs. A national database of “acceptable” construction products would help too. Then what to do about acceptable solutions? Replace these totally inappropriate, inflexible cookbooks with a series of acceptable principles.

For example, set out the acceptable principles required to ensure a window installation doesn’t leak and also conforms to current health, safety and amenity standards. Then leave it to the market. The refusal by government departments to mention branded construction products in any publication or guide is simply dumb. Show me one building built without branded products and I might see the sense of it.

And once you have a series of acceptable principles established, leave it to the product manufacturers and suppliers to produce their own branded “acceptable solutions”. Makes sense. Not planned to fail.

Since the birth of Standards New Zealand following the Napier earthquake through to the 1990s, we have had a reasonably successful design and construction industry, with only a few weaknesses needing to be addressed — the two major ones being the lack of consistency in the consenting process and the ability to introduce innovation. On both counts the Building Act and Code have failed us miserably. We now have less innovation and less consistency of consenting practices.

Yes, the second of these is apparently being addressed (I hope some time this millennium), but until someone burns all those acceptable solutions we will never have the former. Planned to fail. I don’t want to address the other side of the coin here — the lowering of skills, lack of collaboration and increasing inefficiency that has beset our industry since the 1980s, leading to poor construction practices and high costs.

But talking about Standards, who in their right mind decided it would be a good idea for Standards New Zealand to operate without direct government funding? Having chaired four Standards committees over a 10-year period, I can speak from direct, personal experience. The present system of relying on income from the sale of Standards to pay the organisation’s bills, and expecting both unpaid input and non-payment of expenses for committee members is unsustainable, at least in the construction sector.

Standards having to go cap in hand to other government departments for funding, often from departments operating under different ministries and with quite different imperatives, places serious constraints on the sensible planning of future Standards projects. Again, planned to fail. The answer? Provide a modest level of direct government funding via the Ministry managing the Standards Council, not via the DBH (now part of the Ministry of Business Innovation and Employment).

Funding should be tied to a submitted programme, say, two to three years ahead, for the maintenance and upgrading of specific Standards. This should be balanced by the industry taking ownership of their critical Standards and also providing a level of support and, yes, even funding. Why not? If Standards were reviewed on a continuous basis, rather than being neglected for years until a situation becomes critical, Standards maintenance is not then such an onerous nor expensive task.

Having worked for the past 12 years for an industry-owned organisation that does just this with specification systems, it can be done. Adding on-line delivery — which is already available at an economic cost — will reduce renewal costs for subscribers/users and the system is no longer planned to fail. Remember that if you plan to fail, others will succeed in your place. Or, as French social commentator Jules Renard said: “Failure is not our only punishment for laziness; there is also the success of others.”