Home Latest News ‘Breathless’ winner makes it in the nick of time! 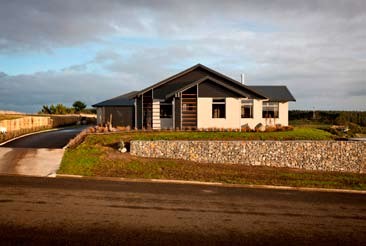 While Shane was over the moon with his win, he very nearly didn’t make it to the awards ceremony after a spate of unfortunate travel issues. “I was shocked when our name was read out as the winner — I literally arrived at the ceremony 10 minutes before my category was read out. I was still trying to do my tie and catch my breath,” Mr Stone says. “My flight from Wanganui to Auckland was cancelled because the plane hit seagulls, so we were put on a bus to Palmerston North to catch a flight from there, which we ended up missing too. The odds seemed stacked against me, and it really was a race against the clock to get there in time.”

Mr Stone says it was an honour to win the award, and he encourages anyone thinking about entering the competition to do it. “We received a huge amount of attention from the media and the public — we had people coming up to us in the street and congratulating us! Before entering the competition we actually had a client choose another company over us, because the other player had won the Supreme Award in Wanganui,” he says.

“The point of difference for our winning this house was its crispness. We paid so much attention to detail, and I think it was this meticulousness that ultimately won us the award. “If you want to win, you really need to give it your all. Now, every time we start a house we start knowing our objective is to enter it in House of the Year. It’s something to work towards. “Winning was such a reward for all the hard work we have put in over the past four years — if you have a house you think is worth entering, go for it. It’s well worth it.” House of the Year judges hailed the winning three-bedroom Wanganui home as a stand-out example of the simple things done well. “Owning a warm and dry home has huge appeal, especially with the benefits that make life easier, which ensure that the home is comfortable and warm,” they said.

Mr Stone loved being part of House of the Year, and has every intention of entering this year too. “At this stage, we’re looking to enter the Builder’s Own Home and one other category,” he says. “Clients really recognise what it means to place in this competition, which is fantastic. Even telling clients that I am a Registered Master Builder speaks volumes.”