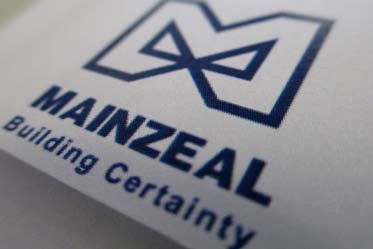 Mainzeal Property and Construction, New Zealand’s third largest construction company, went into receivership early this month. The company’s director Richard Yan said the company could no longer continue trading due to a “series of events that had adversely affected the company’s financial position’’, combined with a general decline in commercial construction activity and lack of shareholder support.

STCF president Graham Burke says there is likely to be three or four times that number of subcontractors working for the company and now facing financial uncertainty.  He called for receivers PwC to provide assurances that subcontractors will be treated equitably, and that retentions which have been held by Mainzeal will be paid out. Construction firms often hold up to 10% of a subcontractor’s total invoice as a retention, without interest, for up to two years after the completion of a contract by way of a guarantee. “While the Mainzeal staff, Inland Revenue, banks and finance companies will be the first to be paid out, subcontractors are treated as unsecured creditors,” Mr Burke says. “When Hartner collapsed in 2001 it was holding millions in retentions. The amount held by Mainzeal could run into tens of millions.

“The STCF has been lobbying for the introduction of a binding security of payment for subcontractors. We are seeking assurances from PwC that Mainzeal subcontractors will be treated equitably regarding payments owed to them and that retentions, which have been paid by the client, will be paid to the subcontractors, who have provided the materials and labour and carried all the risk.”

Mr Burke says some subcontractors would be owed significant sums and, if they were not paid, that could make their own businesses insolvent. “Potentially, if subcontractor businesses start to go under because of this, it could create a ripple effect up and down the chain, because they then may not be able to pay the smaller subcontractors working for them, even those not working on Mainzeal sites. “Also, if subcontractors with large exposure to Mainzeal have to be wound up and can’t complete jobs they are working on for other construction firms, then those companies may struggle to find new subcontractors willing to complete the work at historic rates. “That makes it all the more important that the receivers act swiftly to provide answers for subcontractors and some confidence for the industry.”

Mr Burke says the STCF is also concerned that the issue of security of payments for subcontractors is not reflected in amendments to the Construction Contracts Act, which is due to go through the Bill process.