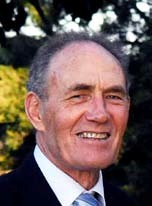 Public housing built in the UK in the 30 years from 1950 was a mix of two-storey terraces, maisonettes (2/2 storey units above each other) 4-6 storey estate blocks (check out The Bill on TV) and a relatively small number of tower blocks. By the late 1960s and 70s, tower blocks were falling out of favour due to some spectacular structural failures and growing social problems arising from high-rise living. The key drivers for this UK boom in housing activity were the Second World War, to replace housing destroyed by bombing, responding to the post-war baby-boom and the growing employment needs of a recovering economy. People needed a reasonable standard of affordable housing — to rent or buy — in close proximity to where they worked. A small number of “new towns” were created, but most rebuilding occurred near existing city centres and places of employment, as brownfields rather than greenfields developments. This kept a city’s residential areas reasonably compact, and reduced infrastructure costs — including roads, public transport, water, power and waste services. This leads on to the current political debate around the rebuilding of residential Christchurch, meeting the needs of a rapidly expanding Auckland population, and the current inter-party battle of creating so-called “affordable” housing.

For some reason, a magical figure of $300,000 is the benchmark. With the average cost of a new or existing house in greater Auckland climbing over $500K, our political masters must be considering alternative housing options.

So why are land and building costs as high as they are? It’s a fairly obvious formula — the purchase cost of raw land, plus ridiculously high development levies and fees by local authorities, plus high standards of infrastructure (roads, footpaths, services, required reserve areas), plus a high ratio of expensive, imported building materials. And then add in a relatively high wage economy. Result? Expensive housing.

Add on market pressures from a shortage of the right housing in the right areas, plus residential property being seen as an investment, and the result is an inflated housing market. There is also the increasing expectations of the home owner — houses are becoming bigger and are constructed to higher standards — for example, insulation levels, higher quality services and appliances, and double glazing.

A related issue is that because of the high cost of purchasing and developing inner city land, developers need to build larger, more luxurious and, therefore, more expensive houses to make a profit.

Stonefields in Auckland is a good example of a new, inner city, brownfields development. Even with a mix of stand-alone and terrace housing, all on small sites, the average cost per dwelling starts above $700K. That’s a lot more than the apparently politically-acceptable figure of $300K for affordable housing. In the mid-1970s, when the average annual wage was $5000, a typical inner-city suburban home was worth around $45,000, or nine times a single annual income.

And back in those dark ages, single income families were the norm. Using the same ratio, to afford an average Auckland home of $500K, you would seem to need an annual income of $55,500. This seems quite close to today’s average single income of $45K to 55K but, unfortunately, life and lifestyles have moved on. Taxes, especially indirect taxes (GST, tax on luxuries and petrol), have increased exponentially, as have our core expectations of a good lifestyle — mobile phones, computers/internet, pay TV, eating out and international holidays.

Architect Don Bunting rattles off some more random observations about the construction and associated industries. This month: Will the Government ever come up with some answers — and incentives — for affordable housing?

I’m no economist but I suspect that $55K today won’t support anywhere near the same relatively comfortable lifestyle as $5K did in 1975. Even two-income households earning in excess of $100K are struggling to afford today’s house prices.

So what is the answer? Accepting lower levels of home ownership (ie, more rental housing)? Higher density developments and/or apartments rather than single, stand-alone homes? Lower land prices? Lower infrastructure standards?
All are probably part of the mix, but where is the innovation? Where are the proposals for the factory building of houses, either as whole dwellings or as a series of modules?

Where are the new approaches to how we subdivide, including shared car access, shared parking areas and shared open space — check out Auckland’s Star flats — on smaller (say 200sq m per unit) building sites?
Where are the designs for simple, compact dwellings of 100sq m rather than McMansions of 250sq m or more, complete with multiple heat pumps and $60K kitchens?

But more important, where are the government incentives to build better but more economically? Where are the housing subsidies, tax breaks and affordable mortgages via the Super fund?

I wish our politicians would stop bitching and come up with a few answers. I’m guessing they won’t.