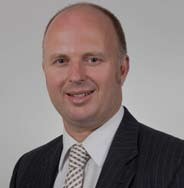 In the case of Hepburn & Others v Cunningham Contracts Ltd & Another [2013] NZHC 210, the plaintiffs purchased a property in reliance on a pre-purchase inspection report, but the house was later found to have significant weathertightness issues.

What was the scope of the inspector’s duty of care?
There was no written term in the contract between the plaintiffs and inspector that reasonable skill and care was required in carrying out his inspection. Nonetheless, courts may imply a term into a certain type of contract because the term is necessary in that class of contract.
In the context of a pre-purchase inspector where skill is the point of the contract, a requirement of reasonable skill and care will always be implied. Even without that, a duty in tort would be in similar terms. The inspector accepted this.

However, a question for the court was, what does reasonable skill and care entail in the context of a visual inspection and written report about the state of a dwelling, priced at $284.45 plus GST?

The level of skill and care a reasonable pre-purchase inspector should display will be what is necessary for the reasonable operation of the type of contract concerned. Relevant circumstances in this case were:
• Any negotiated limits on scope: The inspector argued that there was a waiver clause attached to both his acceptance form and invoice, which meant that the plaintiffs agreed the inspector was not responsible for undetected defects.

In any event, express and clear words are required to negate liability for negligence and the usual wording accepted by the courts as exclusionary (eg, “no responsibility whatsoever” or “no responsibility”) were not reflected in the waiver the inspector supplied.
• What was at stake for the plaintiffs: The report was the plaintiffs’ only protection against spending $655,000 on a defective house.
• Price: The price of the inspection was relatively cheap. It only took about two hours and on the invoice was dubbed a “quick check”. It was not a Rolls Royce service and did not hold itself out to be.
• Visual inspection: The inspection was visual only, with no invasive or destructive investigation undertaken.
• The Standard: On the day the inspector undertook the inspection, he signed a certificate that he had carried out his inspection in accordance with NZS 4306:2005 — the New Zealand standard in relation to residential property inspections (the Standard).

While it is never the case that an industry standard or practice will automatically become the legal standard for litigation purposes, the Standard was nonetheless given considerable weight in establishing the content of an inspector’s legal duties — first because of the presence of the certificate, and second, because (among other things) the Standard was a broad consensus on what kind of performance was acceptable within the industry in 2005.

Based on the judge’s above analysis, he found that the scope of the inspector’s duty in this case to be:
• To point out significant faults observable in a basic visual inspection of the dwelling, using a reasonable degree of skill and care.
• To point out the presence of other significant weathertightness risk factors where these are observable in a basic visual inspection of the dwelling using reasonable skill and care.
• To summarise the overall state of the dwelling in light of its age and construction and any major faults or other risk factors identified (“faults” including weathertightness risks that arise because of faults in construction, even where such faults have not caused observable moisture incursion).
• To summarise the foregoing in terms understandable to the client.
The judge held that the inspector did not exercise reasonable skill and care in undertaking his inspection or in reporting on that inspection to the plaintiffs. Even accepting that the service provided a “quick check” visual inspection involving no more than two hours’ work or so and costing less than $300, the inspector failed in two key areas:
• First, he failed to identify significant and obviously observable weathertightness faults and risk features (including insufficient capillary gaps on the bottom edge of lower floor cladding columns and deck).
• Second, even in respect of the faults he did identify, he failed to communicate to the plaintiffs the full implications of those faults and, therefore, the extent of the weathertightness risk associated with the dwelling (including that the building was more than two storeys and in a high wind zone).

Hepburn is a valuable case in assessing the (potential) liability of pre-purchase house inspectors, but due to its length not all issues were able to be traversed in this article. However, two further points deserve mention:
• The judge found that the plaintiffs contributed to the deterioration of the building between purchase and remediation due to their failure to properly address some of the problems identified in the inspector’s report, and set the contribution of the plaintiffs’ negligence to the damage to the property at 50%.
• The judge found that the inspector had breached section 9 of the Fair Trading Act as his report was capable of misleading, did in fact mislead the plaintiffs, and it was reasonable for the plaintiffs to be misled in the circumstances.

We invite any persons interested in discussing these issues further, or obtaining a copy of this case, to contact the offices of Legal Vision.