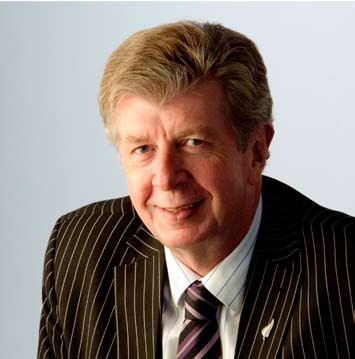 Building and Construction Minister Maurice Williamson will be the keynote speaker at the upcoming New Zealand Institute of Quantity Surveyors (NZIQS) conference to be held in Queenstown on June 13 and 14.

The two-day national symposium at the Hilton Queenstown is open to professionals working in all areas of the construction industry — not just quantity surveying — and Queenstown is playing host to the event for the first time since 2003.
As a nod to the Christchurch earthquakes and the subsequent changing nature of construction in New Zealand, the theme of the conference is Shaken Not Stirred — A Solid Foundation for the Future.

Mr Williamson, whose portfolio includes building and construction, statistics and land information, said quantity surveyors played an “increasingly important” role in building and construction.
“The Canterbury rebuild is a massive undertaking, and large numbers of quantity surveyors will be needed to ensure the rebuild is cost effective and accurately accounted for,” Mr Williamson says.

Influential speakers
The annual forum will host a multitude of influential speakers representing industry bodies in banking, construction and central government, and will cover a variety of topics such as sustainability, eco building, the economy and the effect of the earthquakes.
NZIQS conference committee chair and Registered Quantity Surveyor Mick Moffatt says there has been “significant change” since the earthquakes, and the conference presented a rare opportunity to share thoughts and solutions on best practice within the industry.

“The quakes certainly pose some unique challenges we haven’t seen before,” he says.
“The conference provides a wealth of educational and networking opportunities. We’ll hear from some exceptional speakers with an array of experience who have a lot to share, and not just about the construction industry.”
Other prominent keynote speakers include former head of the Serious Fraud Office and current Queenstown Lakes District Council chief executive Adam Feeley.
“What a great place for the members of the New Zealand Institute of Quantity Surveyors to have a conference,” Mr Feeley says.

‘Shaken and stirred’
“Taking a cue from the event theme, I hope the delegates will be both shaken and stirred by everything that Queenstown has to offer, and leave inspired by what they’ve seen and heard.”
Former New Zealand Olympic Chef de Mission Dave Currie will also be a major drawcard at the event, expected to attract more than 100 delegates from around the country.
Mr Currie has managed the New Zealand team through six Olympic and Commonwealth Games, and will share the highs and lows of his career, incorporating the strategies behind creating and maintaining a high performance environment.
Peter Degerholm, an expert in the Construction Contracts Act, will also address delegates, as will Bruce Collins QC and Paula Hugens, managing director of sustainable and passive house design company Green Being.

Ms Hugens will lead an interactive discussion session, and will share her thoughts on sustainability, design and the environment.
“We’ll ask the hard questions such as ‘can you afford to ignore energy efficiency?’ and question whether energy efficient design can be cost effective and reduce costs,” Ms Hugens says.
There will be plenty of networking opportunities throughout the two-day event, culminating in a James Bond-themed Gala Dinner at Stoneridge Estate on the last night.

Former New Zealand cricketer Sir Richard Hadlee, regarded as one of the greatest fast bowlers and all-rounders in cricketing history, will attend the dinner and regale guests with anecdotes from his extensive international career spanning four decades.
“We’re privileged to have such a high calibre of speakers under one roof, and it’s a great opportunity to learn more about our industry, network with peers and, of course, socialise,” Mr Moffatt says.