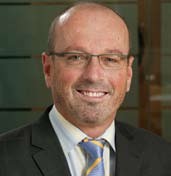 Health and Safety is top of the agenda for the Government at the moment, with the report of the Independent Taskforce on Workplace Health and Safety most likely having a significant effect on the construction sector.

The Taskforce recommends a series of changes and improvements clustered around accountability levers, motivating levers and knowledge levers.
Recommendations include the establishment of a new workplace health and safety agency which the Government has agreed upon. This agency’s primary responsibility is workplace harm prevention, including strategy and implementation.

Some of the other recommendations include a new H&S Act based on the Australian Model Law, which extends to include accountability to all those in governance roles, ensures greater effective worker participation, significantly strengthens the regulation of occupational health, introduces measures that reward good H&S performance and increases the cost of poor H&S performance, and has a far greater emphasis to understand the root cause analysis of issues.

We have already seen an increased focus on H&S in our sector with the Working at Heights campaign. We can now expect a lot more. This is understandable given our rather poor record.
The MBIE has recently launched the Canterbury Rebuild Safety Charter that it wants companies and organisations to sign up to. This has 10 key areas and will probably form some of the criteria for ongoing review and inspections.

Those taking part in the programme can expect greater outcomes and benefits, while those outside of it a greater level of scrutiny and oversight.
Other things are going on in the H&S space as well. You may recall comments in articles I have written referring to the Construction Safety Council (CSC).
This council is a coming together of the residential, commercial, civil and specialist trades construction sectors, and it has developed a health and safety competency framework that it will launch shortly.

The framework below illustrates how it will work, and we support its concepts and its simplicity. What this framework does is provide a nationally consistent set of H&S competencies for four tiers in construction.

To date, the CSC has identified the generic hazards and competencies at Tier 1 (entry level) common across all construction sites (residential, civil etc), so that anyone who can demonstrate they possess these can be engaged with confidence that they can keep themselves and other workers safe.
The CSC is looking to develop a standard test (a bit like a driver’s licence) that tests the knowledge at Tier 1 and is nationally consistent.

The test could be done on-line, take about 45 minutes and be adaptable to cater for numeracy and literacy barriers. It would be cheap to sit, and be renewed every few years.
The CSC believes if everyone on site had a base level of H&S knowledge that was consistent nationwide on all construction sites then that would immediately lift H&S skills.
They do this in Britain now and it works well there — it is easy to administer and is very effective. Australia has a similar concept with the White Card.

We need to get ahead of the game and address H&S matters by developing these sorts of initiatives ourselves so the new government H&S agency isn’t forced to do it for us.