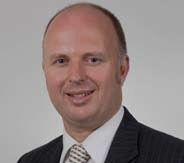 In assessing the question of contributory negligence in the case of Johnson v Auckland Council, the High Court considered whether a purchaser could simply rely on the issue of a Code Compliance Certificate (CCC) in the absence of a building report prior to purchasing.

The case concerned a property purchased in Takapuna on or about April 2009 via a mortgagee sale for $3.91 million.
Substantial alterations had been carried out to this property between 1998 and 2004. It was accepted that the alterations were defective, and that the house suffered from water ingress issues.

Mr and Mrs Johnson commissioned repair works, as well as carrying out renovations of their own. The sum of $1.925 million (comprising the cost of repairs as well as consequential losses) was sought by the Johnsons from the council.

The council admitted it had been negligent in carrying out some of its functions, but argued that the plaintiffs’ claim should be reduced by as much as 75% for contributory negligence.
The purchasers argued that no deduction should be available as they should be entitled to rely on a CCC issued by the council.

Findings
Judge Woodhouse rejected the plaintiffs’ proposition that if a plaintiff relies upon a CCC issued negligently by the council, then it cannot be liable for contributory negligence. The only thing of consequence that the plaintiffs had to rely upon was the CCC.
However, that CCC was issued only in respect of a small part of the building work, and not the entire building works that had been carried out.

The plaintiffs knew of the widespread problem with leaky homes in New Zealand, were alert to those issues at the time of purchase, and took a calculated risk in proceeding with the purchase.

Furthermore, the plaintiffs could have inspected council records which would have established that proceeding on the assurance provided by the CCC was foolhardy.
There were warning signs as well, such as the 50% drop in purchase price, and the fact that usual warranties about building work carried out were removed from the sale and purchase agreement. Judge Woodhouse found that the plaintiffs were contributorily negligent.

Apportionment
In terms of apportionment, the two factors to take into account were causative potency and blame worthiness. Judge Woodhouse found a 70% reduction, and outlined the following factors as relevant in reaching this decision:
• The plaintiffs proceeded with purchase, and price was a subordinate issue to purchasing the property (causative potency), and
• The plaintiffs proceeded with $1 million worth of interior renovation before addressing the reclad requirements (blame worthiness).
The plaintiffs were buying at a mortgagee sale, and believed that the purchase price provided a buffer as against the risk. Furthermore, the plaintiffs offered far in excess of what Beveridge (another potential purchaser) would have, and raised their offer by $300,000.

Measure of damages where successful in negligence alone
Judge Woodhouse found that the normal measure of damages for negligent misrepresentation where no contract was entered into (such as between purchaser and the council) is the difference between the purchase price paid and the actual value of the property in its true condition, including the defects (diminution in value).
Using the expert valuation evidence, Judge Woodhouse concluded that the value of the house in a damaged state was $0, and that the land value was $2.675 million. The purchase price was $3.91 million.
He ruled that the plaintiffs had suffered loss in the sum of $1.235 million, being the difference in the two values.
However, since Judge Woodhouse found a 70% reduction based upon contributory negligence, the plaintiffs were only awarded judgment in the sum of $370,500. This decision is on appeal to the Court of Appeal.

Conclusion
This decision would open up all would-be plaintiffs to strong contributory negligence defences where they purchase from 2009 onwards without a pre-purchase inspection report. It also holds that diminution in value is the correct measure of damages for negligence claims.

NOTE: This article is not intended to be legal advice (nor a substitute for legal advice). No responsibility or liability is accepted by Legal Vision or Building Today to anyone who relies on the information contained in this article.