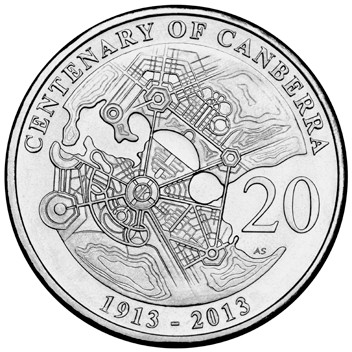 In 2013, our Aussie neighbours are celebrating more anniversaries than you can poke a stick at. A number of bicentenaries relate to the opening up of the Lucky Country. The national capital scores the Big Ten-o. And the nation’s Parliament House makes it to 25.

For those who have just come in, Australia’s six British colonies federated back in 1901. After considerable parochial debate as to whether Sydney or Melbourne should be the new nation’s capital, a decision was agreed for a purpose-built federal centre housed in its own self-governing enclave — on the condition it was sited at least 100 miles from Sydney.

The site was chosen in 1908, and an international competition held to find a suitable town plan. The winners were American architects Walter and Marion Griffin who proposed a geometric layout incorporating circles, hexagons and triangles aligned with significant topographical features. Construction commenced in 1913, and it is this centenary that is being celebrated this year.

World War I intervened and it was not until 1927 that the new federal capital got itself a home for the nation’s parliament. Even then it was no more than a stop-gap measure — a building intended to last no more than 50 years while they thought about a grand, long-lasting home for Australian democracy.
In the event, the structure known formerly as the Provisional Parliament House served 61 years. Aussies are great debaters and the discussion about where a Permanent Parliament House should be located provided never-ending argument.

It was the Fraser Government in 1978 that finally cried “Enough.” They set-up a Parliament House Construction Authority to get on with the job. The site chosen was Capital Hill.
A design competition produced 329 entries from 28 countries. The winner was New York firm Mitchell/Giurgola. Their proposal involved burying most of the building within and under Capital Hill. It is definitely not “on” the Hill.

This concept, it is alleged, brings the pollies down to the level of the people who elected them.
The underground complex is capped by an imposing spire shaped as four boomerangs. This carries an 81m tall, 12.8 x 6.4m, 250 tonne stainless-steel flagpole, from which flies an enormous 15kg Australian flag.

Many of the facades imitate those of Old Parliament House, and provide some correspondence despite considerable differences in scale.
Construction began in 1981. Neither the construction deadline nor budget were met. Eventually, the building was opened by Queen Elizabeth II on May 9, 1988, as part of the nation’s bicentennial celebrations.

The complex contains some 4700 rooms including, of course, the House of Representatives and Senate chamber. The Prime Minister and other members of Cabinet are housed in a separate wing.

The most recent addition is a pilot 43.3kW photovoltaic system on the roof. This consists of 134 solar panels covering some 470sq m.
The system is anticipated to produce annual savings of up to $17,000, with a reduction in carbon emissions of 64 tonnes per annum.

And, as all Real Dinkum Aussies know, the name Canberra is derived from Kambera from the Ngunnawal language of the Ngabri people. It means “meeting place”.