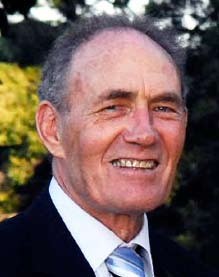 Kingsley Amis was once quoted as saying: “If you can’t annoy somebody, there’s little point in writing.”
What he meant was that you needed to catch people’s attention and then hopefully get them to think about what you had written. So let’s get thinking big!
The original “Think Big” era was in the 1980s when Rob Muldoon’s national government saw a way to kick start the economy by promoting a number of high-tech energy-producing schemes.

The Minister given the task of implementing the Government’s policy was Bill Birch, an ex-land surveyor from South Auckland. Birch was a quiet achiever in the mould of Bill English and, while some of the projects, such as the Maui gas fields, got off the ground successfully, the concept of Think Big was an abject failure.
The problem with Muldoon was that he brooked no counter argument from his caucus or his party. The then Opposition leader was once quoted as saying: “There were only two things you could say to Muldoon — yes, or yes sir.”

First big issue of today: The Auckland Council Unitary Plan. One wag has described it as The Urinary Plan — specifically designed to piss everybody off.
At least the plan has got people talking, attending meetings and telling our local politicos what they think of how to cope with an additional one million people by 2030.
Something worrying me about this is what are all these extra people going to do? Where are all the new jobs going to come from?

That aside, just one aspect of the scheme illustrates how bureaucrats think when faced with an apparently impossible task. Check out Table 9 in the Unitary Plan which rezones all of Auckland’s golf courses.

I am sure the planners out there will tell me why our recreation areas (public or private) need an underlying zoning, but why does someone have to waste their time and our money deciding that if Aviation Golf Club ever closes down then the land is best suited to “countryside living”, whatever that might be, while Akarana Golf Club’s underlying zoning is now “POS S&A Recreation”?

I have simply no idea what that designation might mean and why it is necessary to be that specific.
When I designed the second of two warehouse/office complexes in Union Street, directly across the street was a steep bank down to the main North/South motorway link.
The council planner informed me that I needed to provide a two metre wide planting strip — incidentally the only such strip in the whole street — because they had discovered that the motorway had an underlying residential zoning.

I hope the planner was being ironic when he said: “This is because if cars are ever banned then the land will revert to its most appropriate alternative use.”
Second big issue: MBIE, the Ministry of Business, Innovation and Employment — described as being a catalyst for a high-performing economy to ensure New Zealand’s lasting prosperity and well-being.

The MBIE encompasses the previous Department of Building and Housing. I’m feeling happier about my future prosperity and well-being already!
While frowned on by the Ministry, I have heard people call the new body MOBIE, with connotations of being both large and white, rather than sleek and swiftly responsive.
Unfortunately, large departments always want to become larger and to bring under their control anything affecting their ability to perform their allotted roles, without any annoying and unnecessary outside interference.

Where am I going with this? It is well known that the Building and Housing Group has plans to absorb Standards New Zealand.
This would ensure there would be less influence from the industry on building standards, and the department would no longer have to deal with Standards committees trying to go beyond minimum levels of health and safety and actually attempting to define “best practice”.

The process of designing and building would be so much simpler if everyone just meekly accepted the excellent acceptable solutions provided by the Government and forget about thinking for themselves. No possibility of any systemic failures then!

Thinking Big again: The planned Auckland Convention Centre attached to the Sky City Casino. This scheme reeks of back door deals.
Sky City is extra keen to have a few more slot machines installed, ready to rip off the poor and confused, while Auckland’s Mayor sees yet another way to make Auckland bigger if not better by hosting mega-conferences of orthodontists from Iowa.

The only really large convention I attended was in Istanbul, where there were 6000 delegates for the bi-annual UIA architectural conference.
I don’t think Auckland is aiming that high, but I have real doubts whether that particular conference added much to the Istanbul economy.

The overseas organisation soaks up most of the attendance fees, while conference delegates tend to come just for the conference and then go home.
Conference organisers choose locations more for their general appeal as an attractive destination for conference attendees, and are happy as long as accommodation and venues are adequate. Super swish venues don’t attract conferences — cities do.

A final thinking big thought: Christchurch. Why is it all taking so long? It’s now heading for three years and they’re still bickering, with little real progress being made.
Maybe relocating Christchurch to new, stable, greenfields sites would have been a better and more sustainable option after all?