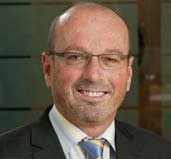 Last month I wrote about the potential impacts of the Reserve Bank’s LVR policy on new builds. In this column I’ll present an update on that, along with some other observations we have noticed.

You may recall our initial thoughts were that around 15% of all new builds could have low deposits (ie, 20% or less). Therefore, as some 20,000 new homes and apartments will be built this year, 2000 to 3000 new homes may be subject to the policy.
Now that doesn’t mean these won’t be built, but it does mean they are at risk and, consequently, new house supply could be reduced which is counter to what the LVR policy is trying to achieve — ie, keeping a lid on house prices.

Since last month we have been surveying our members in conjunction with BRANZ so we can get a better gauge on numbers. BRANZ has also been surveying new home owners so we can see if there is alignment in data.

While we need more information to ensure the information is robust, early indications are that our initial guesstimate may not be far off, if not a little conservative. But what is more alarming is the wider effects on potential new home buyers that seem to now be coming through.

When we first commenced the survey a number of larger builders I spoke with had seen no impact on enquiries while others had experienced a significant drop off.
We put this down to those who had a reasonably large client base who had low deposits and, thus, an immediate effect was apparent as banks withdrew pre-approved mortgages.

However, more recently enquiries seem to have dropped off almost across the board to the tune of about 30%, with some builders saying even higher.
So, why is this happening? Well, it seems to be for multiple reasons. We mused before that construction might look all a bit too hard as an option, particularly when it takes such a long time to build and when pre-approved loan times have been reduced significantly.
We were also concerned about the banks’ attitude to construction.

However, another reason that seems to be having an effect is that having just 20% deposit may feel too risky for home owners.
We know that variations are commonplace throughout a build, and clients may require a top-up in order to complete a contract. If they are worried they won’t be able to access that money from the bank then they are unlikely to consider building for fear of insufficient funds towards the end of the build.

Now, we are also starting to see the impacts of the home sale chain on third and fourth home owners who cannot sell their home and build that new one they had always dreamed about.

Because first home buyers and low deposit buyers are often the first or second in the sale chain, those property owners with plenty of equity simply cannot sell their home and build new, as the low deposit buyers cannot get mortgages.

This puts all sales in the chain at risk — so it is not just low deposit clients who are affected.
This worries us greatly as today’s enquiries are tomorrow’s builds. Current building statistics will continue to look okay for a while yet because those consents have been locked in for months.

We will continue to talk with the Reserve Bank, the Treasury and the Department of the Prime Minister and Cabinet about this, but we need more data to get a better handle on this ever-moving beast.