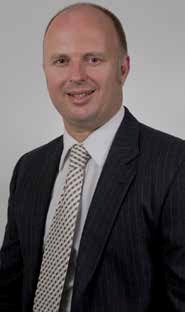 The fact surrounding this case were as follows: • The Greymouth District Council entered into a construction contract whereby Evan Jones Construction Ltd (EJC) agreed to construct an aquatic centre for the council.

• The council also entered into a design and contract administration contract with LHT Design Ltd (LHT) in respect of the construction of the aquatic centre. LHT, in turn, engaged Mr Blain and Kevin O’Connor & Associates Ltd (KAL) to independently review parts of the design work for the aquatic centre.

• The essential problem with the centre related to the deflection levels contravening the building code, and the use of untreated LVL rafters which had a negative consequence for its structural integrity. Corrosion of the galvanised steel nails was evident.

LHT, CHH and Mr Blain/KAL brought third party claims as against EJC based upon the fact that it, along with them, owed a duty of care to the council, which made it a joint tortfeasor. They sought a contribution from EJC in the event liability was established as against them.

In the High Court, Associate Judge Mathews ruled the law does not recognise a cause of action in negligence against a builder of a commercial building. He found that the existence of the construction contract as between council and EJC was inconsistent with a duty of care being owed by EJC to the council in tort.

He also found that the disputes procedure set out in the Construction Contracts Act 2002 was consistent with the fact that all obligations as between EJC and the council were exclusively governed by the contract.

The Court of Appeal considered the following issues were at stake: a) Is it arguable that the law recognises a cause of action in negligence against the builder of a commercial building? b) Is it arguable that the terms of the contract between the council and EJC are consistent with EJC owing a duty of care in tort to the council? c) Is the Construction Contracts Act relevant to the existence of a duty of care in tort owed by EJC to the council?

The Court of Appeal considered the law on whether a duty of care is owed in respect of commercial construction contracts, as being in an unsettled state. It also saw similarities between the leaky school cases and this claim, which it considered not a strictly commercial situation.

The court concluded it was at least arguable that a duty of care was owed by EJC to the council. The Court of Appeal also found that it would not be inconsistent with the strict terms of the contract for a duty of care to be owed via tort in this instance, and that, potentially, this duty of care could co-exist with the contractual duties, without unduly extending the liability of EJC.

It was also decided that the dispute mechanism set out in the Construction Contracts Act 2002 had no relevance in assessing whether a duty of care may co-exist with the contractual obligations, as between EJC and the council.

The third party claims were reinstated by the Court of Appeal having been previously struck out by the High Court. This decision is a further example of the court’s willingness to apply the tortious duty of care to commercial situations. Note: This article is not intended to be legal advice (nor a substitute for legal advice). No responsibility or liability is accepted by Legal Vision or Building Today to anyone who relies upon the information contained in this article.