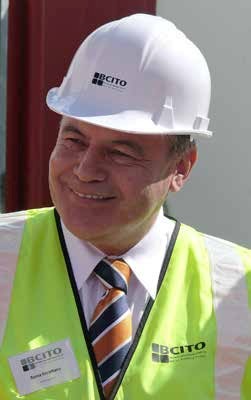 The construction industry is still woefully short of building apprentices despite a massive 55% increase in new apprenticeship sign-ups in 2013, according to the Building and Construction Industry Training Organisation (BCITO).

In 2013 there were 3230 new sign-ups to the BCITO, in comparison to 2083 in 2012. Although this is by far the largest increase in trainee numbers the BCITO has seen in recent times, chief executive Ruma Karaitiana says the industry is still short of 5000 apprentices. “The building and construction industry is going through a period of rapid growth and demand, particularly in Auckland and Christchurch. The challenge — and the reality — of the nature of work in both cities is that everything is high priority,” he says.

“In Christchurch, people can’t cope with living in damaged homes for another year. In Auckland, the housing shortage is now so acute that starting the build is vital. “It’s estimated that because of the sheer magnitude of these projects, we’re in urgent need of another 5000 building apprentices to meet demand.” Mr Karaitiana says the 2013 increase in apprentice numbers signals business confidence in the sector, following a decline resulting from the recession.

“The reality with apprenticeships is you can’t have apprentices unless you’ve got employment. During the recession, builders cut back on costs and many had to reduce their staff,” he says. “Now we’re seeing builders bring on more staff, which is a strong indicator that things are looking up in the building and construction industry. “Most builders have strong order books, and they are feeling much more confident about the future. They are willing to make the commitment of taking on apprentices.”

Mr Karaitiana says if Kiwis are looking to make a career choice or change, this is a fantastic opportunity to enter the industry.

“Building and construction is a cyclical industry. Everyone recognises that it has its boom periods, and it also has its quiet patches,” he says. “This is the best time you could hope for to enter the industry. The scales have tipped and our job matching service is seeing a huge surge in employers requiring apprentices, but the number of apprentices we have is nowhere near able to meet demand,” Mr Karaitiana says.

“Apprentices entering the industry can be confident that they will get through their training and won’t struggle to get established.They’re entering a period where wage rates are better than ever, and there is a spate of interesting projects to get involved with. The opportunities are endless.”

After recently merging with the Joinery Industry Training Organisation (JITO) and Decorating NZ, the BCITO is now the third-largest industry training organisation in New Zealand. Employers looking for apprentices can contact the BCITO on 0800 422 486 — they may be able to put you in contact with career seekers.