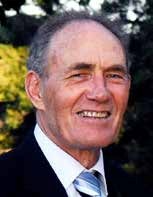 With scientific and social change occurring at an ever increasing rate, it’s surprising what technology has failed to produce — and what has never materialised.

Perhaps the biggest con of the computer age was the myth of the paperless office. Futurists also predicted less work and more leisure for everyone, with all the dirty jobs being done by machines and robots. We were also going to be able to work just as effectively from home as in the office.

What these predictions failed to take into account was that as well as being, by nature, contrary, human beings are sociable animals. Work gives us some purpose to life and we prefer to operate collegially — with a few exceptions such as writers and the now ubiquitous online bloggers.

The design and construction industry contains any number of predicted advances that for a range of reasons never happened. And as a consequence, what did happen was not always positive. Never happened:

Acceptable solutions and leaky buildings While these were not quite cause and effect, providing a range of simplistic “cookbook” solutions to meet the Building Code’s performance requirements was simply a bad idea. It was never going to work effectively and has had the opposite effect of dumbing down the industry to the lowest common denominator.

It also ignores the fact that buildings are constructed using branded building products and materials. Providing generic solutions, which designers and builders then have to convert as best they can into specific branded solutions, is beyond stupid — it was, and is, downright dangerous.

The concept of branded acceptable solutions was proposed in 2001 to the then BIA, and was based on a series of acceptable principles established by industry and government. A good idea that never happened, because of the growing clamour and concern around who or what caused so many buildings to leak.

Inefficient house construction continuing on the building site
Not sure why prefabricated houses never gained any real traction. Lockwood tried valiantly, but their construction approach was always going to be more expensive.

And prefabrication will only gain wide acceptance if it saves money and looks at least marginally attractive to its intended market. The name Lockwood still makes people think of beachside cottages.

Many small scale prefabricated elements such as roof trusses are produced — and there are some box-type holiday homes and cabins on the market.
However, there are fewer prefab elements now than I recall being used in the UK in the early 1970s. Back then we were dropping in whole framed floors and roof frames. And internal walls were delivered as complete 2.4 x 1.2m wide framed and lined sections.

Frank Lloyd Wright had a deserved reputation for expensive and not necessarily very weather-resistant buildings. He was always testing the boundaries of what was possible and sometimes tipped over the edge. His original design for the now iconic “Falling Water” proposed that the concrete parapets be covered in gold leaf.

The Frank Lloyd Wright archives also revealed some 900 drawings he prepared for the American Readi-Cut System of prefabricated houses between 1911 and 1917. Even Wright’s famous powers of persuasion were not enough to win the day back then.

As a further reality check on how slow the introduction of new ideas and innovations has been in our industry, computer-stored and computer-generated construction details were being employed by large-scale contractors in England as early as the 1970s.
BIM may be the future, but it began more than 40 years ago. So don’t expect a quick uptake by our very conservative industry.

A new enterprise called Prefab New Zealand is promoting a gradual increase in the use of prefabrication. However, the scale of the New Zealand construction industry counts against any future vision of houses appearing fully formed off production lines.

In the USA it has been shown that a minimum rate of three complete houses each day is needed before a production line becomes economic. Issues around quality assurance and proof of compliance may also count against complete factory production.

Computer on the back of the ute

Our growing obsession with mobile phones and tablets
The concept of a laptop computer on every builder’s ute or SUV was to allow for the delivery of quality data directly to the building site. Builders could access and respond to these multiple data sources as work progressed.

There are few technical hurdles to this occurring, and a number of web sites and data sources provide information of value and interest to builders. But it has never quite made it across the line as a well used, well resourced project tool.

I wonder if anyone has gathered statistics on how much of the air time on mobile phones and tablets is spent on useful pursuits? How much is used for essential private or business connectivity as against social chit chat, updating Facebook, checking news and weather, selfies and tweets?

And yet connectivity has become one of the leading cost factors in family and business budgets. Surveys in the USA have shown that cellphone costs alone have risen at a rate of 15% annually for the past 10 years.

With the future — if you can believe Telecom/Spark — being even more focused on delivering data and entertainment online, the increase in total connectivity costs is likely to skyrocket.
And how much of these significant cost increases are, from a business viewpoint, going to deliver added value?

Yes, there have been some efficiency gains due to everyone being better and more effectively connected. However in terms of real knowledge transfer, the gains are much more ephemeral.

I suspect that builders may need to wait a little longer for true online connectivity.