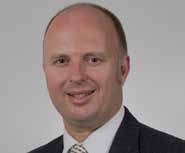 In this month’s article I review the 2014 decision of Derwin & Diar v Wellington City Council & Others, in which the council brought a claim against the director of a building company for $464,000. It is a lengthy Wellington High Court decision, so I will address only those aspects I deem relevant to readers. Facts of the case A claim was brought by the owners of a leaky home against the Wellington City Council (WCC) seeking the sum of $774,000, being the work required to repair the house plus additional claims for consequential losses and general damages.

The High Court decision makes no comment upon the status of the construction company concerned and why it was not joined into these proceedings by the council. The council settled the claim with the plaintiffs prior to the matter proceeding to a hearing, and obtained contributions from the two subcontractors. The MD did not settle with the council and chose to defend the claim brought against him by the council. He was successful in defending the claim.

Before summarising the findings of the High Court judge, it is important to summarise the core responsibilities of the MD (in this instance) recorded by the court: • to liaise with clients, • to market and sell house and land packages, • to negotiate building contracts, and • to act as a point of contact for banks who contacted the construction company regarding packages for their customers.

The MD was an experienced builder in his own right (qualified in 1975) but injury prevented him from continuing to work as a builder (on the tools). He had then set up a company in 1991 to market fixed-price house and land packages.

The factual thrust of the claim brought by the council was that at the point when there was a difficulty for the former owner obtaining a Code Compliance Certificate (CCC) for the house, the MD had actively made written/oral representations about the state of the construction work completed which the council relied upon in order to issue a CCC.

The claim brought against the MD was threefold: a) The MD had made negligent representations to the council at or around the time of the issue of the CCC which made it a joint tortfeasor (with the council) being liable to the plaintiffs for the same damage. b) The MD had made negligent representations to the WCC which caused the council to suffer loss in turn, so a direct claim existed from the council against the MD. c) The MD had breached the Fair Trading Act 1986 when responding to queries raised by the WCC prior to issuing the CCC.

The High Court judge considered the respective authorities on directors of building companies being personally liable. He concluded that in claims of negligent misstatement, that in order for a director to be liable for his or her statements there needs to be a personal assumption of responsibility as to the accuracy of the representation made.

Further, the representation must be relied upon, and it must be reasonable for the sufferer of the loss to have relied upon it. The judge ruled that a claim of contribution could not be made out as regards the MD, because there was simply no evidence that the plaintiffs relied upon any representations made by the MD. The claim in a) failed.

The court held that this statement within this letter was one that the MD had assumed personal responsibility for, and that he must have anticipated the council would rely upon. The court also held that it was reasonable for the council to rely upon it. However, in doing so the council had to appreciate its limitations. In particular, the MD was not saying he was an expert in leaky windows, nor that he had received independent expert advice about this matter, nor that he was giving an assurance that the windows were weathertight. The claims in b) and c) failed. Conclusion The claim brought by the council personally as against the MD failed, and is good authority for a principal of a building company (in a purely administrative role) to rely upon, when confronted with personal claims.