Home Latest News Why are councils imposing millions of dollars of extra cost on reclads? 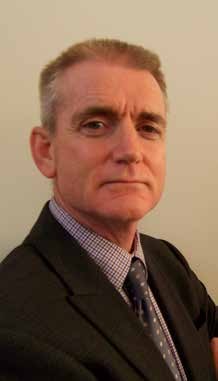 Councils are potentially costing consumers an average of $30,000 on each simple reclad. When this is extrapolated out to cover the 100,000 monolithic homes that will ultimately need recladding just so they can be sold, it amounts to more than $3 billion of expense imposed just to remove perceived risk from the local authority’s doors.

This is an obscene amount of butt-covering that needs to be investigated, along with some much needed common sense and pragmatism being brought back into the system. I’ll share a recent personal experience with you — one that made me realise just how bad things have become, and what the unsuspecting home owner has in store if they own a monolithic-clad home built between 1994 and 2004.

I built a conventionally-designed monolithic home back in 1995, fortunately with treated framing. In 2013 I decided to sell the home, and upgraded all the detailing, including kick out flashings among other things, so that any building surveyor could report that all was in order.

I also took things a step further and had an invasive report done, so any potential buyers could be satisfied beyond doubt that the home was well built, code compliant and free from any moisture ingress. Agent upbeat

The home was well located, perfectly presented, priced right and, initially, there was significant interest. The agent was upbeat and told us to expect seven tenders for the property. I was encouraged that all the prep work I had done was on track, and that any potential owner would be satisfied enough to purchase, even though the home was mono-clad.

Tender day arrived with only one heavily conditional low offer which was inexplicably pulled 24 hours later, before negotiations could even begin. All the other potential buyers had drifted away, unexplained.

The agent was gutted, I was mystified and then the stark reality hit. Monolithic homes circa 1994-2004, no matter how well built, checked, located or presented, are now stigmatised with a leaky home label. That is, they are unsellable unless they have been reclad, or the sale price brutally discounted.

With the benefit of hindsight, the agent succinctly summarised the situation — for every 10 potential buyers of a home, nine will shy away from a mono-clad home, and the tenth will want a bargain to take it on.

This revelation leaves tens of thousands of home owners in sound but stigmatised homes, looking for pragmatic affordable methods to restore the value in their homes and provide worry-free, enduring solutions for future owners.

Having the ability to over-clad a well-built, stigmatised but non-leaking Harditex house will save New Zealand home owners billions of dollars. Previously, most reclad work was done to fix genuine leaky homes and this usually warranted removal of all previous cladding.

However, given the stigmatisation that the real estate market has placed upon mono-clad homes, a fresh approach is urgently needed, so homes can stop being unfairly treated as basket cases. Homes that can be proven to be well designed, well built and robustly inspected for water ingress should be able to over-clad the current cladding system.

The practical advantage of over-cladding suitable homes enables the home to remain largely intact and watertight during the process. The bracing elements can be maintained, insulation is intact and the process will be significantly quicker than stripping the home back to bare framing.

On a standard 200 sq m home, a typical saving of about $30,000 can be made. Armed with the above, I did some homework looking at case studies of homes that had been over-clad, and decided this was a good solution for the home I wanted to sell.

I then discovered that some councils were behaving as self-appointed gate keepers, covering their backs at every turn, being so risk-averse that they view every reclad application as a full-on leaky home remediation. Spurious road blocks

Some councils have been placing so many spurious road blocks in the way that applicants either give up out of frustration or give in to spending tens of thousands of dollars more than they need to, as they can’t get a building consent without ripping all the old cladding off, resulting in an unnecessarily expensive outcome for the home owner.

The home owner either ends up putting an inferior building paper in the original cladding’s place, or a new rigid air barrier system which just brings them back to where they were before the over-clad application. This is really dumb and unnecessarily expensive.

The current system and approach taken by some councils is to spend everyone else’s money to ensure the council has minimal liability, even when what they are asking for may not be morally right or the most efficient method.

They hide behind their own obscure interpretations of the code and internal policy documents, and demand reports from often non-existent experts to tell them that something deemed outside an acceptable solution is okay. Imbalance of power The imbalance of power between an applicant and a council is often abused, and I recommend applicants level the playing field by using the determination process more often and with more haste, rather than accepting unrealistic, risk-averse demands.

There are a couple of points that I think are useful to remember when applying for an over-clad building consent. • In general, councils have only powers to regulate building work, not the actual building per se (unless they are earthquake prone, dangerous or insanitary). • An over-clad is simply adding a second cladding system that becomes the new weathertightness system for the house. The old cladding becomes a redundant feature that no longer serves any building code functionality, although it will provide additional rigidity and thermal efficiency, but these are not needed for compliance.

When assessing the consent, the council has to apply two sections of the Act. The first is section 17, which requires the building work to comply with the Building Code. This section outlines that because it is an alteration to an existing building, Section 112 applies which, essentially, says that you have to improve the house to as close as is practicable to a new building for fire and access for people with disabilities, and that the rest of the building is made no worse than prior to alteration.

For residential buildings, this is simple — it typically means you need to fit smoke alarms if not already fitted. The rest of the “building” is a simple test: Is anything you are doing reducing the Code performance of the building as a whole? Realistically, with an over-clad application, this is very unlikely as you are not changing anything, but actually improving the performance of the exterior weathertightness system.

The reality is that many councils are going way beyond their authority levels in this regard. The stigmatisation of mono-clad homes is becoming a huge problem which is silently but unceasingly creeping up on unsuspecting home owners. Councils need leadership and guidance on this issue. If it is left to individual councils to determine how they will move forward on this, we will likely have 72 different interpretations. Uniquely flawed interpretations

As it is, some local authorities are administering the law correctly, whilst their neighbours have invented their own set of uniquely flawed interpretations. Ideally, the MBIE, BRANZ, councils and industry representatives should come together to collectively solve and provide guidelines for a pragmatic, consistent approach in dealing with this.

For now, my arduous journey of convincing a confused local authority to interpret the law correctly continues, but I see this as a test worth fighting for, for the greater good of the New Zealand home owner who, as a whole, is currently unknowingly being financially worked over to the potential tune of $3 billion. • This article contains the author’s opinion only, and is not necessarily the opinion of the Registered Master Builders Association, its chief executive or staff.