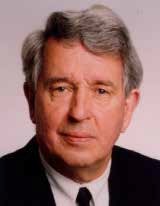 Dr Kerry Rodgers has clearly been out in the midday sun for far too long . . .

Analemma: a plot or graph of the position of the sun in the sky at a certain time of day (as noon) at one locale measured throughout the year that has the shape of a figure 8; also: a scale (as on a globe or sundial) based on such a plot that shows the sun’s position for each day of the year or that allows local mean time to be determined — Merriam-Webster Dictionary
Tekapo is well known for its observatories that sit astride Mt John. If you are unfamiliar check out www.phys.canterbury.ac.nz/research/mt_john.

Atop Mt John you will also find the Astro Cafe. It sells great ham sandwiches and top coffee. Both can be enjoyed on a summer’s day while contemplating the strikingly-blue waters of the glacial lake below.

Astronomy has been part and parcel of Tekapo since 1965. Last year the town held its first Starlight Festival. It celebrated the recent international recognition given to the quality of the night sky in the Mackenzie Basin.

Building Today readers may be unaware that we now have a dark sky reserve — the 4300 sq km Aoraki-Mackenzie. It is the largest such reserve in the world. Mackenzieites will tell you it’s the best.

On the lake’s shore behind Tekapo’s shops the new reserve has been celebrated with a fun project: a large sundial and accompanying analemma.

When a person is standing in the right spot on the analemma, their shadow shows the true solar time on the sundial. This time is 40 minutes later than New Zealand Standard Time.

NZST is determined by the start of our international time zone that lies some 10 degrees of longitude away to the east. It takes the sun 40 minutes to travel from there to Tekapo. Of course, during the summer, the true time at Tekapo will be an hour and 40 minutes later than New Zealand Summer Time.

For example, true solar noon at Tekapo occurs at 12.40 NZST. This is when the sun is at its zenith above the Tekapo analemma and sundial.

If that proves a little difficult to explain to the family, the sundial also contains two solar challenges.

At the centre of the sundial is a small yellow dot. This represents the sun.

Scattered throughout Tekapo Domain are markers representing the planets of our solar system. Their distances from the sundial’s centre are at the same scale as the diameter of yellow sun dot. Each marker lies along a solar system walk within the domain.

Children, and maybe the occasional curious adult, can walk the walk to locate all the planets at their right scale distances from the yellow sun dot.

But wait, there’s more! For a bigger challenge, the full 14 metre concrete circle can be considered as representing our sun. It does so at a scale of 1:100,000,000. At this scale, markers for the planets of our solar system need to be scattered across the Mackenzie Basin.

You can find one on top of Mt John. Another is on the Cass River Bridge. There is one on the south-western shore of Lake Tekapo, another on the shore of Lake Pukaki, and a third at the Lake Benmore Dam lookout. Locating these could keep older kids quiet for a couple of days.

The project has been the baby of Tekapo resident Freidl Hale, with support from a team of experts.

Construction started last year after determining appropriate solar system scales. The design was then laid out, a foundation hole dug, the true north-south line determined, seven truckloads of base-course placed, reinforcing mesh tied in and a base concrete pad poured.

Next, the enclosing stone masonry was added and polystyrene templates for tiles and the Kea placed to allow the concrete to be topped-up. Finally the templates were replaced with tiles and mosaics.

Next time you are travelling along State Highway 8, take an analemma-break at Tekapo. If the kids are with you take them to the top of Mt John to see if they can find the planet marker — while you enjoy a coffee and ham sandwich and contemplate those deliciously blue waters.