Home Columns Chief's Chat All change over the past six years 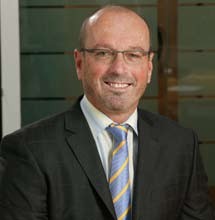 It has been almost six years since I joined Registered Master Builders and this will be my last article for Building Today. It seems a bit surreal to say the least after 68 of them, so I thought I would reminisce on the past six years and see what has changed in that time.

The construction world is quite a different place now. In 2008 we were just heading into the global financial crisis (GFC) and the worst period of construction in living memory — actually since records began in 1965. Then we had the Canterbury earthquakes and we are still reeling from the effects of that.

The past year or so has seen building activity restored to more normal levels, but about 60% of that work comes out of Canterbury and Auckland — as we predicted two and a half years ago, the Tale of Two Cities.

Licensing has been introduced, two significant amendments have been made to the Building Act, and the Health and Safety legislation is getting a well-deserved make over following the Pike River disaster.

One of our biggest commercial building companies collapsed, and ITOs have experienced major changes. There have been more changes to legislation than I can remember, and we submitted on all of them. While we didn’t win everything, we got the main things we were after, including the exemption from the Reserve Bank on new construction when it introduced the LVR policy.

So quite a lot has happened in the past 2000 days, and there is, no doubt, a whole lot of other stuff I have failed to mention.

A lot has changed at Master Builders as well. The Master Build Guarantee now offers five products instead of one, and has never been more successful in its 25-year history as it has been during the worst construction period ever. It’s quite a tale really, and pretty good for a membership organisation to survive the GFC and the leaky building crisis, both of which have been the downfall of many businesses and finance companies in particular.

What a fantastic achievement, and I really take my hat off to the members and presidents, executives and boards for the mature and strategic decisions that brought about this change. We are the envy of many other organisations for what we did, and it’s something we can be really proud of.

We have a full cradle to the grave membership system recognising individuals and businesses, and separate membership categories to reflect different membership groups.

We undertook a review of our fee structure, and subs haven’t changed in five years. We undertook a grass roots review of House of the Year, brought its management in-house and opened its sponsorship support up to the entire construction sector.

We launched the New Zealand Commercial Project Awards and made it pan-industry — that will eventually grow like HoY and in a few years’ time be THE commercial event to win.

The Apprentice of the Year has gone from strength to strength, and we are setting up a young builders’ council. We have a whole range of benefits from cars to staples, and everything in between.

We launched the Trade Business Academy to train members on how to be successful businesspeople, and this has the potential to be a game changer. The RMBA continues to be the go-to organisation for media, and we have a huge market share of voice in that space.

We are also on the cusp of maybe revolutionising how health and safety is assessed and delivered in the construction sector on the back of the Construction Safety Council’s world class work in that area (and that is official from an independent review of the framework by international academics).

Let’s hope it gets the recognition it deserves because it has been a labour of love, and I sincerely thank my industry colleagues for all the hours that has taken.

So I guess quite a lot has happened in six years, and a lot more will happen in the next six years, such is the pace of change. But for my part, I am proud to have been involved and to have served such a wonderful organisation as Registered Master Builders.

I want to thank all my staff for the effort they have put in to make the changes — in particular Tracey Bree, Geoff Quaye, Larissa Garnett and Peter Philipsen — for without them the task would have been that much more difficult.

To board members and everyone else I have worked with, thank you all. I will now watch from afar and, if you don’t mind, copy a bit of what you have done.