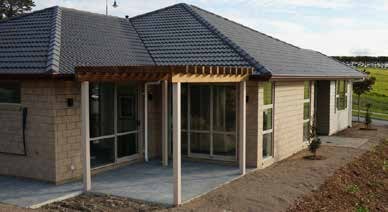 The Rodney franchise holder for GJ Gardner Homes has opened the doors to its new Rodney-based house that has been specially built to raise money for the charity, Make-A-Wish.

Due to be auctioned to the public on November 8, the house opened with an official ribbon cutting ceremony on Thursday, August 28. Open homes have been held since then.

All proceeds raised above the reserve will be donated to Make-A-Wish, a charity that grants the wishes of children with life-threatening illnesses.

Elaine Morley, owner of the GJ Gardner Rodney franchise, says the house really is quite special.

“Not only will it raise important funds for an amazing charity, at the same time it will provide a family with a beautiful home to live in,” Ms Morley says.

“Make-A-Wish brings joy into the lives of children that are otherwise having a hard time, and it’s great to be able to give something back to help sick kids around the country.”