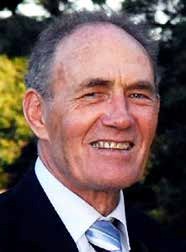 Over the past three years I have spent a few hours each week during term time helping Year 9 secondary school students appreciate the power behind the written word.

In a world dominated by flash and dash visual and aural media, this can be a big step for students who struggle to comprehend the meanings behind words on a page.

It’s much easier for them to pick up and absorb the often simplistic concepts presented by popular TV programmes and popular music than it is to understand what a novelist or poet is trying to say to the reader.

Essentially, it’s discovering the story behind the story. Understanding why, not just what.

As we move, albeit a bit reluctantly at the moment, into a Building Information Modelling (BIM)-based future, the words behind and within an image become more and more important — and critical to understanding what the designer is expecting to be achieved in the finished project.

These “bite-sized chunks” of data should hopefully be accepted and absorbed more readily than the current approach of putting them all in a book called a specification, and then expecting contractors and sub-trades to actually read it. A faint hope in some cases.

The advantage of linking visual images to text has been with us for some time. One earlier attempt at providing such direct linkages occurred at Victoria University in the 1990s.

The project was known as the construction primer, a name that, unfortunately, confused more than it informed.

Funded by BRANZ, the project was intended to create a series of three-dimensional images of standard construction details that could be manipulated to better view how the detail was put together, and also to link the visual image to descriptive data on the products being used.

While the project never proceeded beyond the concept stage, it did show how much more powerful a visual image can be if you look behind the picture and understand how to build it and what materials to employ.

If this sounds familiar it is because it’s not that far from describing one aspect of BIM.

Developing the tools and resources to enable BIM to become a reality can appear a daunting prospect.

At every turn a new challenge appears — the need for an agreed classification system, an agreed language of construction terms, a keynoting system, new contractual forms for collaborative design/build contracts, and generic and branded object libraries.

Without an agreed, consistent, industry-wide approach BIM will fail to achieve the levels of efficiency and collaboration aimed for by the government-sponsored Productivity Partnership and the BIM acceleration committee.

The construction industry is beginning to accept that its future lies with BIM. The challenge is to provide the tools and resources that will enable all to access and use this exciting new approach.

Developing tools and resources is a major challenge but, at least, a relatively definable task. There are few signs that professional and trade-based groups have yet grasped the much more difficult challenge to change the way they currently operate, individually and collectively.

Our industry is riddled with examples of lost opportunities — great ideas, or the effects of inevitable change — that we let pass by without responding.

Examples of missing an obvious opportunity or meeting a cultural shift are the almost complete marginalisation of the design professions, and the inability of our industry to break out of the clutches of that most iniquitous piece of construction law called joint and several liability.

There is probably little disagreement within the industry about the iniquitous nature of joint and several liability. However, I doubt all would agree that marginalising the design professions — that is, cutting off their power and influence — is such a bad thing.

Let me be even more controversial and state that marginalisation of the design professions is one of the key causes of the leaky buildings debacle.

As someone who was closely involved in overcoming the downstream effects of this blot on our building landscape, I was in a position to see what went wrong and why. And things that went badly wrong were a lack of proper detailing and a lack of on-site observation by suitably trained professionals.

Untreated timber was such a convenient scapegoat, and deserved at least some of its bad press. But those promoting untreated timber assumed that the new types of cladding would not leak. But they did.

Speaking of word power, the Standards and Accreditation Bill has recently been introduced to Parliament. My view of this pending piece of legislation — and its downstream effects — is not a positive one.

The growth of the power and influence of the MBIE and, in this case, the absorption of Standards New Zealand into this bureaucratic behemoth is, or should be, of real concern.

That concern aside, the draft bill is a very poor attempt to redraft how Standards should be produced and maintained.

A redraft was certainly needed, as Standards New Zealand struggles to survive, let alone flourish, under its current structure and funding model.

Nevertheless, the proposed Standards Bill is very much a retrograde step — a poor attempt to do something that should not have been attempted in the first place. Go online and read the draft if you don’t agree.