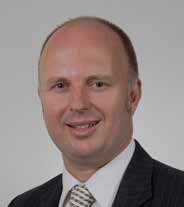 Mr Sayles had been found liable as a project manager in the Weathertight Homes Tribunal and brought an appeal on the basis that the tribunal’s decision was erroneous in fact and law.

These leaky building proceedings related to a property on Waiheke Island. Extensive alterations were carried out between 1995-1996 which were not weathertight. The alterations had been designed by an architect, and the building company from a reputable building franchise had been engaged to complete the works.

The building company has now been liquidated and struck off the companies register. The director of that company took no steps to defend the proceeding. He was, in fact, adjudicated bankrupt.

Mr Sayles had been sued in the tribunal proceedings as the project manager on the basis of the responsibilities/liability that came with that.

On the one hand, the home owners’ (Mr and Mrs Adams) position was that he had been at the heart of the construction operation, he was the employee of the head contractor who oversaw the work carried out, participated in performing some of that work, and was the on-site co-ordinator.

In short, he was the project manager.

Alternatively, it was argued by Mr Sayles that he was a mere labourer, with narrow expertise in masonry that he picked up over the years. His authority over the years was limited to being a “postman”, directing the bits of information such that they were received by the right people and, when the now bankrupt company director (from the building company) was not present, being the spokesperson for the building company.

On appeal, the position for Mr Sayles had altered. It was asserted that even if he had carried on a co-ordinating role, he did not assume the responsibilities of project manager.

In the tribunal hearing, evidence was given by Mr Sayles, Mr Adams (home owner) and Mr Ramsay (the plasterer).

The substantive criticism by Mr Sayles of the tribunal decision was that based upon the evidence available to the tribunal adjudicator, it ought not to have made a finding that Mr Sayles occupied the role of project manager.

However this critical finding of the tribunal was upheld by Judge Thomas for the following reasons:

For all these reasons, the court ruled that Mr Sayles occupied the role of project manager. The tribunal finding as against Mr Sayles was upheld, he was found jointly and severally liable with the other liable respondents for the full extent of the claim.

This case establishes the key factual ingredients in terms of establishing that a party involved in construction is, in fact, a project manager.

It also demonstrates the risk that paid employees/contractors take on when occupying such a critical building role, where their employer is not financially robust.

An experienced builder that takes on such a senior role ought to satisfy himself/herself of the financial viability of his/her employer before agreeing to occupy this role.