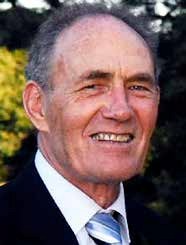 It’s certainly difficult to imagine what the world would be like if the internet had not been invented, or if China had not broken out of its communist yoke and embraced a middle class existence.

The internet is a convenient grab-bag title for a whole range of communication technologies. Some rely entirely on the internet for their existence — Google for example — while others, like the music industry, use the internet as an effective delivery mechanism.

Tim Berners-Lee, a British computer scientist, is considered to be the inventor of the Web. In 1989 he wrote a proposal for what would eventually become the Web. The 1989 proposal was originally designed as an effective communication system for his company, but Berners-Lee realised that the concept could be implemented throughout the world.

The internet is a global system of interconnected computer networks that use the standard Internet protocol suite to link several billion devices worldwide.

The origins of the internet date back to research commissioned by the US government in the 1960s to build robust, fault-tolerant communication via computer networks.

It is now an international network of networks consisting of millions of private, public, academic, business and government packet switched networks, linked by a broad array of electronic, wireless and optical networking technologies.

The internet carries an extensive range of information resources and services, such as the inter-linked hypertext documents and applications of the World Wide Web, the infrastructure to support email, and peer-to-peer networks for file sharing and telephony.

When Bill Gates launched Windows 95 he deliberately decided not to include a web browser, because he didn’t see the internet as important to either Microsoft or the world. If he had not changed his mind the internet as we know it may never have occurred.

The concept that a computer (and more latterly a whole range of devices) was more than just a super calculator and word processor didn’t initially gel with Bill Gates, but as soon as Netscape launched its browser he had Microsoft working day and night to develop and launch Internet Explorer.

A great strength of the internet is that it appears to be free. However, it is the engine for a billion different ways to take your money in an almost painless manner. People have discovered that “the click” is a great way to make money.

Essentially, if you click on a web address someone is going to pay someone else for the fact — while the address owner will do all they can to persuade you to give them even more.

It may not be money they seek. It may be that other great valuable asset, information — information about you that can then be sold on to someone who wants to access your demographic.

The development of a middle class in China paralleled, if it was not caused by, the information revolution — led by the internet and the World Wide Web. Once the internet revealed for the first time what the Chinese population were missing out on, even a powerful communist government could not hold back the tide of marketplace economics.

The population of China’s middle class, based on families having an annual income above the poverty line (i.e. having some disposable income), grew from close to zero in 1995 to an estimated 87 million in 2005. This number is expected to rise to 60% of China’s population of 1.1 billion by 2016.

Without the growth of China’s middle class both the New Zealand and Australian economies would be in a very poor way. China’s need for growing amounts of energy and food is now a critical factor in assuring both countries’ economic health.

And now the so-called second wave in the development of a new market is occurring, with increasing numbers of cashed-up tourists from China, at least partly driven by learning about our relatively clean and green image via the products they buy.

A world without the internet

It is certainly difficult to imagine a world without the internet. However, it would not have made as much difference to the business world as to the way we interact and connect on a social level.

Without the internet, computer technology would still have developed at much the same pace — it just would have been a bit less convenient transferring data and knowledge.

And private intranets of some form or other would have developed to fill the need for business-to-business connectivity.

For person-to-person contact, cell phones would have still become ubiquitous, as a mobile phone doesn’t need the internet to operate — it just adds a further level of interest and appeal.

The greatest loss to business and personal life from the internet not existing would have been email. Imagining a life without email takes you back to the dark ages of telex and facsimiles or, even worse, relying on the Post Office.

While that’s a scary thought for some, no one under 30 would send an email when a text or tweet would do.