Home Latest News What is the legal effect of a performance bond? 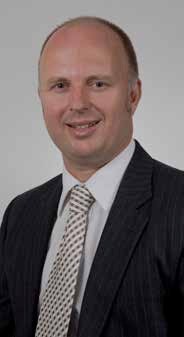 In May 2004 QPAM entered into a design and construction contract with Mainzeal to design, construct, commission and maintain the Vector Arena.

The contract value was $72.3 million and pursuant to it, Mainzeal was required to provide a performance bond to the value of $3.3 million.

Great Lakes Resinsurance entered into the performance bond with QPAM on the request of Mainzeal. It is common knowledge that Mainzeal is now in liquidation.

Ultimately, the performance bond was called up by QPAM due to non-completion of the contract works by Mainzeal and/or its liquidators.

First, it said the contract works were substantially complete, and the bond was limited to the completion items.

In broad terms, Great Lakes Reinsurance said the real value of the bond remaining was $300,000 rather than the $3.3 million sought.

Second, it also challenged the validity of the engineer’s certificate which accompanied the demand under the performance bond, asserting that the engineer had failed to validly exercise his contractual discretion.

What is the nature of an obligation pursuant to a performance bond?

The High Court judge considered the English authorities in coming to his conclusions on the special character of a performance bond.

A performance bond is similar to a letter of credit or a guarantee. It was an unconditional undertaking on the part of Great Lakes Reinsurance to make a payment on demand, and the court was not entitled to enquire into the rights of QPAM and Mainzeal under the construction contract. It was an on-demand obligation.

Whilst Great Lakes Reinsurance attempted to contend that there had been an amendment to the contractual rights of QPAM and Mainzeal as brokered through a compromise/settlement agreement which, in turn, affected the rights arising under the performance bond, this was decisively dismissed by Associate Judge Doogue. He concluded that:

The High Court concluded that the performance bond continued to stand, and on-demand Great Lakes Reinsurance was obliged to make payment of the full amount.

However, the summary judgment application otherwise failed. The court held that it was at least arguable that the engineer had failed to properly certify a sum for the completion of work, by choosing to ignore that there had been an agreed reduction on the scope of the responsibilities of Mainzeal from those originally set out in the construction contact.

The court also held that it was arguable the engineer had failed to factor in previously agreed maintenance items as between Mainzeal and the principal QPAM.

This case is important because it usefully restates the law on the absolute nature of on-demand performance bonds. However, in this case, its enforceability by way of summary judgment was dependent upon the engineer’s certificate issued with it.