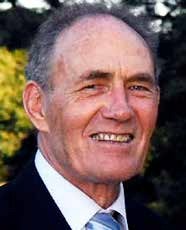 The Barcelona Chair was created some 90, and not just 20 years, ago for the German Pavilion at the 1929 exposition in Spain. However, it is still recognised by some — but clearly not by the buyers for the “Red Shed” — as arguably the finest example of early 20th Century furniture design.

Now you can at least pretend to own one for less than the cost of a good meal for four people.

Important? Not really, but a sign that even the very best in design icons can be dragged down to the level of a cheap import from wherever.

The second document was a 1994 Australia and New Zealand Standard entitled AS/NZS 1388 Guidelines for technical information for building and construction products.

Still listed on the Standards New Zealand web site as “current”, it remains on sale to an unsuspecting public for $61 + GST, for its rather thin 10 pages of text.

Definitions also include a microfiche but fail to define anything within the bounds of electronic storage or delivery. There is also reference to a document P5: Punching patterns for round holes used in files and loose leaf binders. Clearly this was once critical information for anyone creating or using information on building products. Yeah right!

Clause 3.3 Electronic media: is just 27 words long, and at least it mentions the possibility of using a word processor.

This is prefaced by the statement that this provides users with greater flexibility of use, and allows the supplier or manufacturer simpler updating.

Good advice, but in today’s more advanced electronic age it does rather state the obvious.

The text includes some useful information, but as a guide for a company wishing to meet industry requirements for clear, accurate information on building products it falls woefully short. So what does this say about our industry in general, and Standards New Zealand in particular?

Designers and contractors currently struggle to find information on products that is consistent in form and adequate in its ability to show how it meets the requirements of the New Zealand Building Code. Even finding data that has a date on it can be a challenge, let alone following a standard format.

As the industry moves further towards a modelling approach to design and documentation, to online consenting, and a digitally-based construction management and facilities management, the need for consistent, accurate product data is paramount.

Universal acceptance of a standard classification system would also be a positive step.

The MBIE has taken some steps towards promoting a consistent approach, and is currently reviewing the guidance provided to manufacturers on product assurance. This follows recent changes to the Building Act which clarified a manufacturer’s responsibility to show how products achieve code compliance.

Nevertheless, AS/NZS 1388 clearly falls well short of the level of guide information needed to move our industry in the right direction.
1994 is, coincidentally, a significant date in the development of a Building Information Modelling (BIM) approach to design and construction.

BuildingSMART, the international alliance set up to advance the cause of BIM, was first established in Europe in 1994, while my own introduction to BIM came a little later at a conference in 2000.

Whether 14 or 20 years has passed since the first germ of an idea, it does show that real innovation can take time to mature. Some would even say that we may never achieve the full benefits of a BIM-based approach — much in the same way as the full benefits of 3D CAD were never realised.

A number of critical pieces remain, only one of which is agreement on the form and format of key data, and the presentation of information on construction products.

So why is progress so slow? Even today there are no real signs of any universal adoption of a digital modelling approach to design and construction.

The early adopters are in there struggling on their own, with significant challenges needing to be breached before real benefits can accrue. But for the majority, BIM remains only a slightly more sophisticated version of 3D CAD.

Among a host of practical reasons, the key challenge is achieving the necessary cultural change — a change in the way members of the construction industry act and interact.

There is currently little sign that individual organisations are seriously addressing this joint challenge, although the government-sponsored Productivity Partnership is determined to see it happen as part of their aim for a “20% improvement in productivity by 2020”.

The buzzword is collaboration, but what this really means is establishing a new level of trust among those providing input into the design and construction process.

The architect needs to trust the engineer needing to input their data into the developing project model, while the same applies to the estimator, contractor and all the other actors in the process.