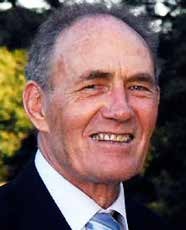 With 150 sq m seen as the bare minimum size and 200 sq m+ as much more typical, it’s no surprise that modern housing is becoming increasingly unaffordable.

Yes, I know subdivision costs are a major factor in the cost of housing, but every square metre adds cost both directly and in terms of plot size, as does the 2.5 bathrooms and other expected accoutrements.

Our family bach (crib to you South Islanders) was constructed in the early 1920s when building materials were in short supply following the Great War.

A few improvements were made in the late 1940s, also a time when building materials were hard to find. It wasn’t until the mid-1970s that a few mod cons were added to make it more liveable, but still with the loo and bathroom out the back.

With the beach straight off the front lawn and cold drinks from the rusty old frig in the shed, who could ask for more? Particularly with family now back from Australia (the recent reverse migration back home) and some great weather in the north, it was easy to appreciate what little you need to be happy and comfortable.

With McMansions taking over our beachfronts, there are fewer opportunities to enjoy and appreciate the simple life and not miss the more salubrious lifestyle accompaniments we now see as essential.

Even washing and drying dishes can become a social occasion, accompanied by a few songs and laughs as you put away mismatched crockery and glasses.

Both sides of Christmas I visited three of the newer subdivisions around Auckland — one the redevelopment of an old quarry area, one on a former Air Force base and the other a complete greenfields development 40 minutes to the north of the city, but with a direct motorway link back to the centre.

This gave me an appreciation of what developers see as the type of housing the Auckland market is seeking.

The former quarry is the most advanced, with perhaps 70% either completed or under construction. The housing is a mix of large, stand alone but very closely packed, two-storey houses, terrace housing in long rows either side of wide streets, and a few five to six- storey apartment blocks.

As with all three subdivisions, the infrastructure is first class — wide roads, paved footpaths and grassed verges and a generous amount of open reserve area. Trees have been planted and there is a large, semi-natural marshlands area operating as a holding system for stormwater.

The colour palette used for the houses is muted — mostly beige and grey tones — with few splashes of bright colour. Brick and weatherboards are back as the preferred cladding, with tiled roofs on the houses and flat roofs on the terrace blocks.

Backyard cricket games would be impossible on the small amount of free site area, especially the terrace houses which, while they inexplicably have four bedrooms, seem destined for older couples or even singles.

The housing mix on the former Air Force base is similar, although with some roads travelling down rather than across the steeper contours the stand alone houses seem even closer together. However there is much more variety among the house designs, with a wider range of developers involved.

The development north of the city, with its larger individual plot sizes, has a more traditional “quarter acre paradise” look to it, which makes the few blocks of terrace housing seem out of place, particularly in this more rural setting.

With a lot more retail and schooling attached, together with a brand new golf course, this has more the look of a new satellite town than an urban subdivision.

So what, if anything, does this tell us about our current approach to housing the population of our largest and fastest growing city? And what does it tell us about how our lives are being changed by the type of housing on offer?

The now very expensive central city suburbs have priced many out of that market. People realise that being close to the city adds quality of life and not the reverse. Being close to work, having better, more traditional schooling and increased recreation options, is clearly a top priority for many families and singles today.

The only central city alternative to a $1.5 million+ single house is apartment living, with all the downsides of potentially noisy or unsuitable neighbours, body corporate hassles and, for most, no protection for view or outlook.

Time for a change

For many younger people housing ownership has become a burden as much as a benefit. Yes, house ownership can offer an alternative investment, but the percentage of net income that many couples are having to put into owning their own home or apartment is way beyond what any earlier generation had to contend with.

Our first home cost less than three times my annual income — in those halcyon days when couples could, if they chose, survive comfortably on just a single income.

Perhaps the time has come to reconsider what we really need to live comfortably, not just in terms of house size, but also in terms of the growing levels of comfort and extra electronic flash and dash we complicate our lives with.

A final note of context: anecdotally, a majority of the world’s population lives in what we would describe as a slum — no services, no hygiene and no legal ownership of land or buildings. Just bless the fact that you live in New Zealand.