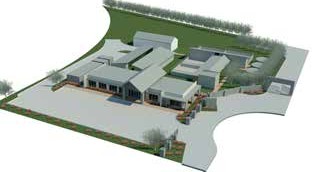 Due to council expansion at the SPCA headquarters, the organisation has had to find a new home, both for its educational purposes but, more importantly, for the homeless and abused animals they rescue.

The Waikato Animal Welfare Foundation was formed, and bare land was purchased in Te Rapa. The planned purpose-built facility is estimated to cost around $2 million to build.

This is the situation that the Waikato executive became aware of, and a meeting was arranged with Foundation chair Jan Thomson.

It was immediately apparent that this was a much bigger project than at first envisaged, and the executive recognised that it needed to align with the BCITO to help out.

Along with Master Builders and the BCITO, there are suppliers who have either donated or heavily discounted products and services.

Locals of all kinds connected with the construction industry have become involved to turn the project into a great community effort to benefit a very worthy local charity.

A donated cattery is now on site but this is just the beginning.

Further help from builders, contractors, labourers and apprentices is required to achieve the final goal, which is to have the SPCA up and running in its new premises by the latter part of 2015.

Collectively, if many can give a little of their time it can have a huge impact.

If you would like to know more about the project please contact Waikato president Steve Ross on 027 276 1161, or email steve@stewarthannaltd.co.nz.