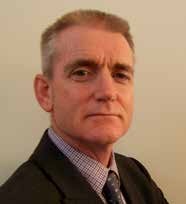 It started with voluntary participation in November 2007 and became compulsory from April 2012.

Of the almost 29,000 licences now issued, 19,000 are for carpentry. Because a number of practitioners have dual site licences, the actual number of individuals who are licensed equates to about 24,000.

Compared to other operative schemes covering the likes of electricians, plumbers and drainlayers, which span as far back as the 1930s, the LBP scheme is still in its infancy. However, with the entry cycle of the LBP scheme now nearing completion, the next phase will be one of consolidation, strengthening the system and upskilling the practitioners within it.

The LBP scheme was launched following an amendment to the Building Act 2004 in November 2007. With the primary intention of encouraging competent building practitioners to build homes, and to get it right the first time, the scheme also arms consumers with information to make informed decisions about the building practitioners they engage.

Two and a half years have now passed since the Act became compulsory, and it’s time to see if the scheme is delivering in accordance with its original intentions. Beginning with a fundamental question — is the industry better off for having a comprehensive licensing regime? The answer is a resounding yes.

There is no question that a cultural shift has taken place among the hands-on workforce. Those that are actually completing the work now sign off on it, and record it in a memorandum of work. This has led to a lift in individual professionalism and a real focus on doing the job right, first time.

Despite this, the current system is still far from perfect. It has now been operating long enough to see where the strengths and weaknesses lie, which means there is an opportunity to fine tune and make improvements.

So what are the strengths of the LBP scheme?

I might add that the regulators did themselves and the industry little help by rushing the above changes through. Industry players are now left scrambling creating new contracts and disclosure documents.

What are the areas for improvement with the LBP scheme?

With the scheme still maturing, it’s only natural for areas of improvement and faults to become apparent. Although this list of improvements may seem somewhat long we should not lose sight of the overall intent and success of the scheme.

Complaints on the rise

Complaints and resulting penalties are an important part of keeping the integrity of the system intact. This is a complex and multi-layered area that can be used to gather data on consistent shortcomings and areas where upskilling can be focused.

Monitoring complaints will also go a long way towards being able to exit those that lack skills or who bring the regime into disrepute.

Consumers are looking for remedy when they make a complaint. However, because the licensing regime is about technical skills and not contractual or cosmetic complaints, many are disillusioned to find their complaint is not covered.

The recent changes to the law around disclosure, contracts and warranties may help negate some of these complaints.

Complaints are dealt with by the Licensing Practitioners Board, and with a current rate of about 70 per annum, they are steadily growing.

The complaints typically fall into one of four categories:

Although BCAs are in the best position to help improve the quality of those within the system, they seem somewhat reluctant to make complaints due to the amount of paperwork involved.

They also have the ability to issue infringement notices and fines which, perversely, they can profit from.

This may need to be monitored and addressed if BCAs become over-zealous as they see the fines as another easy revenue stream.

If BCAs want to rely upon the skills of LBPs they also need to actively be part of the monitoring of such while the system matures and improves.

A long view and collaborative approach by BCAs will result in a much better system for all.

To date, the Licensing Practitioners Board has been treading lightly on penalties, but this will ramp up as the system matures. Already there have been many censures, with some licences suspended.

In closing, one can see that the framework for a successful and effective licensing scheme is in place. However, we are yet to experience the real tangible benefits of the LBP scheme.

These include, for example, risked-based consenting, self-certification on an expanded schedule 1, and recognition of skills by risk-shy BCAs resulting in fewer inspections.

All these are necessary ideals but seem a long way off. To ensure the LBP scheme is worthwhile for all, vital requirements are strong leadership by the regulators and a willingness by all the participants to make the system a winner.

Important advice for LBPs wanting to avoid a complaint

The majority of complaints are to do with failure to provide a record of work and starting or completing work without a building consent. Both are easily within the control of the LBP, and are not worth getting dragged through the system for.

Withholding a record of work as leverage for payment is an illegal and foolish practice. Understandably, it seems unfair that you have to provide it even if payment is in dispute. However, you have other remedies available to you.

Starting or doing work without a consent is not worth the risk. It’s important to actually sight the consent document and conditions before going to site. Don’t rely upon the say so of the client or other third party that it has been issued or taken care of.

If a complaint is made against you for either of the above, you will be required to attend a hearing and, if upheld, it will be recorded against your registration for three years as a matter of public record.

Attending a hearing will be stressful, time consuming, and could be damaging to your reputation. Pick your battles — these are ones you can easily avoid.