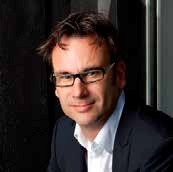 Architectural practice Warren and Mahoney has announced the appointment of John Coop as Board chairman.

Mr Coop replaces Andrew Barclay who will continue to focus on his role as design director of the practice while also contributing to the expansion of the practice in Australia.

Mr Coop was appointed a principal and executive director of the practice in 2002, following three years in London with architects Wilkinson Eyre.

Since then he has spearheaded major design projects, overseen significant growth in the Auckland studio, and has been a pivotal player in developing thought leadership in the wider New Zealand architecture industry.

He has been involved in a wide range of professional and industry-wide roles, including with the New Zealand Institute of Architects (he is a Fellow of the NZIA), the Property Council, and the Auckland Council City Centre Advisory Board.

He is committed to encouraging the knowledge and career development of young architects, and has been a significant contributor to the NZIA Graduate Development programme.

His recent portfolio includes the refurbishment of the ANZ Centre in Auckland, work for the National Australia Bank, and the New Zealand International Convention Centre. He has lived and worked in the centre of Auckland for 20 years, and is a strong advocate for Auckland’s renaissance.

Warren and Mahoney managing director Peter Marshall says Mr Coop’s upbringing in Canterbury, his Auckland leadership and strategic focus, and his role in establishing an Australian presence for the practice provides a breadth of understanding that will be valuable as the company moves forward into another exciting period.