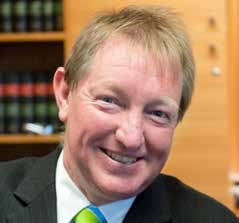 New Government policy as to how quickly earthquake-prone buildings will need to be assessed and strengthened has been announced by Building and Housing Minister Dr Nick Smith.

The changes would reduce the number of buildings requiring assessment from an estimated 500,000 to 30,000, and bring down the total estimated cost from $1360 million to $777 million.

The Government came under pressure to review its policy around earthquake strengthening after landlords of older buildings faced huge bills and uncertainty, and groups using heritage buildings predicted they would need to be abandoned or pulled down.

At present, buildings that could be a risk need to be assessed within five years, with any strengthening carried out within 15 years.

Dr Smith outlined a new zoning of the country according to the risk of a big earthquake, and the time frames for assessment and strengthening of buildings.

Affected buildings in low-risk areas such as Auckland, Northland and Dunedin will now need to be identified and assessed within 15 years and strengthened within 35 years.

The time frame is 10 years and 25 years for buildings in medium-risk areas, including Hamilton, Tauranga, New Plymouth, Rotorua, Wanganui, Nelson, Invercargill and Timaru.

“The return period for a significant earthquake (MM8) ranges from 120 years in Wellington, to 720 years in Christchurch, to 1700 years in Dunedin, and only once every 7400 years in Auckland,” Dr Smith said in a speech to the National Party’s Mainland regional conference in Ashburton recently.

“We need to ensure the response is proportionate to the risk, that the costs are minimised, and that we retain as much of our built heritage as possible.

“Education and emergency buildings will be targeted by requiring that in high and medium seismic risk areas they be identified and strengthened in half the standard time,” Dr Smith says.

“We are prioritising all education buildings regularly occupied by 20 people or more. We also want to ensure buildings like hospitals can maintain services in the aftermath of a significant earthquake.”

Dr Smith says the effect of the policy changes is that buildings such as schools, universities and hospitals in high and medium seismic risk areas will have to be upgraded more quickly, but buildings in low risk areas like Auckland and Dunedin more gradually.”

He says the current earthquake-prone building definition as being less than 34% of the new building standard would remain in place.

However, farm buildings, retaining walls, fences, monuments, wharves, bridges, tunnels and storage tanks would be excluded, with the new rules focusing on older buildings made from materials such as unreinforced masonry.

Dr Smith says building owners would be encouraged to upgrade buildings ahead of the allowable time frame through the establishment of a web-based public register of buildings needing work, and requiring notices on such buildings that highlight the level of risk.

There will also be a new requirement to strengthen earthquake-prone buildings when doing substantial alterations.

The select committee is considering the Bill containing the changes, and will report back to Parliament in July with passage later this year.

“This is the most comprehensive policy of any seismically-active country for dealing with older buildings, and strikes the right balance between safety, cost, heritage and practicality.”