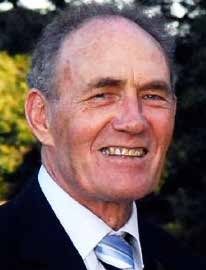 Constructed in the Chicago suburb of Rogers Park, the Bach House is not well known today. For most architectural historians, Wright’s Prairie period culminated five years earlier with the completion of the better known Robie House.

The 2012 refurbishment of the Bach House by Tawani Enterprises is an example of “only in America”.

The work was funded by James Pritzker, a member of the family founding the Hyatt Hotel chain. Patronage by wealthy individuals and families — preserving important individual properties, funding libraries and art galleries, and making large bequests to universities — is almost uniquely American.

American-style patronage sometimes extends outside the borders of the USA. During the refurbishment of the British Museum’s Great Court in London, designed by Norman Foster, the information centre was funded by US philanthropist and publisher Walter Annenberg. Annenberg later donated his US$1 billion art collection to the Metropolitan Museum of Art in New York.

American institutions would struggle to survive without patronage by wealthy individuals and family trusts.

1915 was a critical year for Wright, dealing with the aftermath of the death of his mistress Mrs Cheney and her family in August 1914 in a tragic fire at Taliesin in Wisconsin.

Taliesin was completely rebuilt by Wright during 1915. Pieces of crockery from his extensive collection of Japanese porcelain can be seen today, built into the new building’s walls — a poignant reminder of his loss.

It was very much the end of an era for Frank Lloyd Wright, before he moved on to design his string of Californian homes, most using his unique interlocking concrete block construction.

One of these concrete block homes, the Ennis House, inspired the key interior sets for the Sci-Fi film Bladerunner.

Wright’s best known buildings were still to come — in particular “Falling Water” (the Kaufman House) in Pennsylvania, his winter home Taliesin West in Scottsdale, built in 1937, and the first (that is pre-Geary’s Bilbao) Guggenheim Museum in New York.

Falling Water was built in 1935, and the Guggenheim Museum was completed just after Wright’s death in 1959.

Saved from demolition in the 1950s by Wright’s own impassioned intervention, the house is recognised as the most complete embodiment of his Prairie Style. Extensive decks accentuate the horizontal form as well as shielding the occupants from the busy suburban streets.

The brickwork, with its raked horizontal joints, adds to the horizontal look. Downpipes were also omitted for the same reason, with rainwater cascading from eaves gutters to drainage outlets on the decks below.

The house was renowned for its extensive use of art glass (leaded glass in strong geometric patterns), and for the fine, fretwork wooden panels used to diffuse and conceal the ceiling lights.

Robie was a car enthusiast, and the large, adjoining garage and courtyard is now a visitor’s centre and bookshop. Like a number of Wright’s clients, Robie later suffered from business and marital problems, and the house was only occupied as a residence for some 16 years.

What is wrong with our industry? Recent reports on faulty, below-strength concrete being supplied to 70 building suites in Auckland during April is a serious indictment on both the concrete supply industry and the contractors on the sites involved.

It is also a sad reflection on the level of testing being carried out at both ends of the supply chain.

I know times have changed, but this highlights how far our industry has fallen below standards prior to 1970, where a clerk of works and/or a site engineer would not have let below-strength concrete slip through. This is taking us back to third world standards and must not be allowed to happen again.

A profession under pressure

I see that the New Zealand Institute of Architects (NZIA) — of which I remain a proud member — has expressed some concern about the standard of service some clients have been receiving from their architect, including lack of budgeting, insufficient documentation, too little communication and poor client relationships.

While I am no longer directly involved in design and construction, to me, cause and solution form an obvious equation: insufficient fees + partial service = a dissatisfied client.

The trend towards competitive fee bidding and the slow erosion of the level of architect/engineer involvement in the construction process has been with us since the mid-1980s.

The move away from building ownership by corporates, plus architects and engineers losing the project leadership role to the new profession of project management, put my profession firmly on the back foot.

And they remain in that uncomfortable position today.

The concerns expressed by the NZIA brings to mind the old saying about peanuts and monkeys. Incidentally, the peanut is not a nut but a legume related to beans and peas — but the saying still contains more than a kernel of truth.

The facade of a restaurant in Auckland’s Ponsonby Road displays a large sign reading: “These are the good old days”.

This is a reminder to all of us that, right or wrong, good or bad, this is our time, and we need to make the most of it. So let’s at least try to get it right.