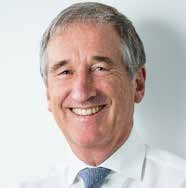 The purpose of retentions is to ensure that customers get the specified services and quality delivered on time from the contractor. If work is not completed satisfactorily the retention money can be used to have another service provider complete the work.

The Government is wanting to change the legislation to ensure that when main contractors, in particular, fail — for example, Mainzeal — that money has been set aside to pay subcontractors the retentions held on them.

No one will argue against the intention of the legislation to ensure that retention money is protected in the event of an upstream business insolvency. However, it is worth noting that unpaid progress payments, at the time of a main contractor business failure, will usually be much larger amounts than retentions held.

The draft legislation, as it stands, would have a major impact on construction industry cash flows and, indeed, companies with weaker balance sheets may be unable to continue trading.

The issue is best understood in terms of the diagram below which is simplified to just three parties — customer, main contractor and subcontractors.

Due to the retention scale, the main contractor will generally have retained more cash from the subcontractors than retained on it by the customer. This small cash balance may contribute to main contractor working capital.

The draft legislation, as it stands, requires each party to hold in a “deemed trust” the total value of retentions it holds on downstream parties.

The draft legislation makes directors criminally liable should there be insufficient funds in the deemed trust upon business insolvency to pay out all retentions held on downstream companies.

Under existing Trust law, the only way to avoid prosecution is to set aside and ring fence funds equivalent to the retentions held. While the intent of officials was that the amount deemed in trust should be the net amount — the difference between retentions held and those paid out — Trust law prevents this and, therefore, the prospect of retentions being co-mingled with working capital.

Our calculations show that contracting businesses holding retentions would need to find new funding of $3.5 million/$100 million of turnover, and to hold this separately on the balance sheet, and probably in a separate bank account.

With the non-residential construction industry currently worth approximately $12 billion annually, this would mean customers and main contractors holding $1 billion in separate “deemed trusts”. This is cash removed from the industry.

The banks have indicated to the Government that they are unlikely to lend to contracting companies the additional funding required to be held in the “deemed trusts”.

The Construction Strategy Group’s (CSG’s) original position was that the early aim of officials to have the new law on retentions operate with the net amount being subject to the “deemed in trust”, and insolvency protection guaranteed, could address the concerns of subcontractors.

But when the larger main contractors identified the unintended consequences of the legislation as drafted, a search began to identify a solution that could meet all concerns — improved protection for subcontractors and an acceptable reduction in the overall financing cost to industry, particularly to smaller main contractors.

The draft legislation turned out, on review, to be a case of using a sledgehammer to crack a nut, with an overall very high financing cost to the industry which would be greater than the retention payments at risk.

The CSG is working with the MBIE and Treasury, to bring understanding to the Government about the issues that the draft legislation would create. We hope that solutions acceptable to the industry as a whole will come through changes made to the Bill.