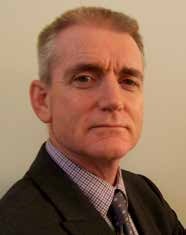 Dr Bryce Wilkinson, economist, senior research fellow of the New Zealand Initiative and author of the report A Matter of Balance: Regulating Safety, featured in the Industry Opinion section of Building Today August.

His report was critical of the Ministry of Business, Innovation and Employment’s (Worksafe NZ) campaign to reduce injuries from falls from heights of less than three metres in residential construction. The thrust of the criticism was that the cumulative costs being imposed on the industry, and thereby home owners, could be well over $1 billion.

Yet apparently no attempt had been made at the time to estimate them, let alone establish greater offsetting safety or other benefits. He commented that it is irresponsible of government to impose such large costs on industry, and thereby householders, without making such an evaluation in advance.

Dr Wilkinson is not the only economist to have raised concerns about the costs versus benefits of this campaign, and the NZ Institute of Economic Research is currently completing a comprehensive study which should be completed before the end of the year.

This report is also going to include a comparison with what the Australians are doing and, very importantly, what New Zealand’s campaign is doing to accident rates of home owners, who now, more than ever, are forced into completing their own repairs at heights to escape spiralling scaffolding costs.

Dr Wilkinson gets right to the crux of the issue when he identifies that the area that is getting targeted the hardest — namely house construction work-related falls — is the area that needs the least attention. This is backed up by data from both ACC and Statistics New Zealand (see Table 1 at right from Dr Wilkinson’s report), and outlines this point clearly.

It is glaringly obvious from these figures that the hundreds of millions that are being spent on the falls from height measures by the industry and the consumer when building, would be better spent in areas where real gains could be made.

Should we not be concentrating on where the real problem of falls is, and make housing construction more affordable by winding back the unnecessary parts of the current campaign? Perversely, the current campaign is actually going to drive up accidents in the areas where there are already fatalities happening, and where no obvious measures are being made to reduce them. Quite simply, Worksafe NZ, through not doing their homework, appear to be flogging the wrong horse.

There has been much talk about what the actual costs are when trying to fully comply with Worksafe NZ’s falls from height measures, and there appears to be confusion over what the real cost is to the consumer.

Figures I have seen quoted are invariably net figures, excluding the contractor’s overheads, margins and holding costs for both the contractor and the home owner. Worksafe NZ chief executive Gordon MacDonald has been quoted on national radio as saying he believes the cost per single level dwelling is $2000 to $4000, which is recovered by the builder within four to six builds.

I am sure there are many of us that would like to see how this is attained and where we can sign up for it, as it certainly doesn’t relate to the feedback I have been receiving. Housing affordability is one of the biggest challenges that the New Zealand home owner is currently facing. It seems inconceivable that a government department could impose measures that drive up costs and reduce productivity without first doing a full cost-benefit analysis.

I believe the real costs to the consumer and implications during construction for a typical single level 200sq m dwelling on a flat site under the current regime are as follows.

The figures and site-specific costs will obviously differ between regions. However, the figures below are actual figures, and are representative of more than 100 Christchurch single-level builds — and the figures are fully discoverable.

Cost to meet the current regime for a 200sq m new single-level home on a flat site since November 2011:

The cost for fall provision for the identical build pre-November 2011:

That gives an increase of $10,286 to comply with what is being enforced currently, since November 2011. In addition to this, the following indirect costs are incurred by the builder and consumer.

A building will, typically, take two weeks longer to complete whilst contractors wait for scaffold and nets to be installed and removed. I have not heard one builder say that building is faster or costs have reduced due to these measures.

Consumers will be in for an additional two weeks’ rent, say $1100, plus an additional two weeks of financing costs which would equate to $600 on a mortgage of $200,000. Furthermore, as the cost of the dwelling has been increased by around $13,000, the home owner then needs to fund this cost for the lifetime of the home.

The falls from height campaign costs the home owner $1.50 per $1000 of additional expenditure per week, or $1014 per annum — and this is on top of the initial outlay. Drains now often need to be installed prior to scaffolding going up, which means the builder has to fund $5000 to $8000 extra for the duration of the project.

This, along with longer gaps between progress claims, adds additional financing costs. Worksafe NZ insists that a portaloo is provided on every single site, which is an overkill at $1200 per build.

As many builders have builds in close proximity to each other, portaloos could be shared between them — say within a 200m to 300m radius — saving everyone money and double-ups.

To keep a good work flow going whilst builders wait for scaffolding and nets, multiple work sites need to run simultaneously. Two sites used to be the norm but that has now stretched to three, and sometimes four, sites to keep men working, with the resulting loss in productivity and longer build times.

Fitting windows into a fully scaffolded single level home (see fig 2 above) risks damage not only to the product but the builder’s back — along with crushed fingers — as they endeavour to weave and tilt windows between the scaffolding.

On narrow sites, products such as bricks need to be manhandled to the rear of the site as vehicular access is obstructed by scaffolding — and the same goes for heavy deliveries for the likes of plasterboard. This results in extra labour costs, and the risk of personal injury such as strains and trips.

Is buying your own scaffolding a solution? Prior to the falls from height campaign, many builders had their own mobile scaffolds and trestles to complete lower level work like that faced when building a single-level dwelling — something that proved to be a cost-effective measure.

The cost of the plant was spread over many builds. However, it is a myth to think that builders will realistically purchase a full or multiple house lots of scaffolding, and that the same financial model will occur. The amount of plant, storage and transportation of such equipment, along with having to have certified scaffolders to erect and dismantle it, just makes it impractical.

This is why builders are now at the mercy of rapidly increasing scaffolding hireage costs (30% to 50% in the past two years). One of the biggest cost overruns they have on a project will usually be scaffolding. The new mega-rich in the industry are the scaffolding companies who have been delivered a golden goose by Worksafe NZ.

Unfortunately, with scaffolding in short supply, this has created some opportunistic behaviour, with comments such as “this is the price, take it or leave it”, and “if I don’t get a decision by the morning I can’t get back for two weeks” being, sadly, not uncommon.

The other sad thing about all of this is that the poor home owner, who is already struggling to afford a home, is paying for this bonanza.

So what is a sensible way forward that protects from falls and delivers a more affordable product?

Scrap the need for certified scaffolding under three metres and allow onsite builders to build their own scaffolding up to 4.5m in height, just as it used to be.

Use roof edge protection to stop roofers from falling when working on the roof.

Use safety nets or close up your truss centres to 600mm to avoid falling whilst working above the top plates.

Scrap the need for site security fences unless you are building in an area where there is actually a risk to someone entering a site. An example would be an existing built-up neighbourhood or adjacent to a school.

Ironically, what I have described above is exactly what happens in Australia, and would remove the majority of the excess cost and the construction frustrations experienced under the current regime here.

The Australian measures were obviously developed in conjunction with those that work onsite, as they mirror what you would instinctively do to create a safe affordable site.

The costs for the above would be:

This equates to a 75% reduction on the costs of the current regime. Given that the data from ACC shows that falls from house construction are actually very low and, in fact, are the lowest of their statistics, it is indefensible that the current cost of this campaign continues to be inflicted upon the industry and consumer.

Furthermore, there is an affordable and proven solution available that is used successfully in Australia. The wisest decision for the industry, consumers and housing affordability is for us to adopt this.

I suspect it will need to be WorkSafe NZ’s political masters that will need to direct some much needed change in focus to bring the above into effect.

A Matter of Balance: Regulating Safety can be downloaded from nzinitiative.org.nz.

This article contains the author’s opinion only, and is not necessarily the opinion of the Registered Master Builders Association, its chief executive or staff.