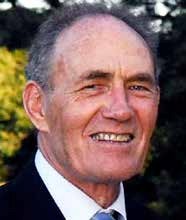 Science writer Steven Johnson defines the hummingbird effect as: An innovation in one field triggering an unexpected breakthrough or change in a different domain.

The example he uses is how a hummingbird’s hovering wing design developed over time as a consequence of flowers attracting birds and insects to their pollen by producing nectar.

He similarly notes how the development of the printing press by Gutenberg led to an unprecedented demand for glass spectacles.

A question often posed about glass: Is it a liquid or a solid? The answer, not surprisingly, is “yes and no”. One definition of a liquid is a material with sufficient viscosity to flow within a normal temperature range. Those who believe that glass has infinite, almost indiscernible viscosity cite the fact that old window panes are generally thicker at the bottom than the top.

The reason has nothing to do with the “liquid or solid” debate. Early window glass was made by a spinning process resulting in part of the glass sheet on the outer rim being thicker. The pane of glass cut from this larger sheet was installed with the thicker edge downwards for greater stability.

How someone first thought to use silicon (a non-metallic element in silica) to create a transparent material that revolutionised the way modern society developed is open to debate.

The first known instance of a glass-like material was the rediscovery of an Egyptian artifact, a broach containing a small piece of once-superheated silicon dioxide, in Tutankhamen’s tomb in 1922.

The source was possibly a meteor strike in the Libyan desert — the only likely natural occurrence of sand being heated to a high enough temperature.

The unique characteristic of glass is that when cooled from its melting temperature of at least 500°F it forms into a new and unique crystalline structure.

However, the real advantages of glass as a revolutionary new material arose when glassmakers such as Barovier in Murano, Italy, in the 14th Century, developed the formula to make what was a translucent material used for ornaments and bottles, transparent.

The government of Venice banished glassmakers to the island of Murano because of the fear of fires from the very high manufacturing temperatures involved. They then realised that this new technology was so valuable they should place restrictions on glassmakers being able to leave Venice.

While 90% of the earth’s crust is silica (silicon dioxide) in its various forms, it is not an essential element for life in the same way as carbon, hydrogen and oxygen is.

It wasn’t until by happenstance silicon was heated to very high temperatures that this revolutionary new material was discovered.

To this extent, glass is very much a modern, dare I say, artificial material — no more a truly natural material than modern plastics.  However, glass is not related to silicone, which is a synthetic polymer.

Many applications of silicate glass derive from its optical transparency, giving rise to one of its primary uses as window panes.

Glass both reflects and refracts light, and these qualities can be enhanced by cutting and polishing to make optical lenses, prisms, fine glassware and, more recently, optical fibres for high-speed data transmission by light.

The creation of mirrors led to artists for the first time being able to paint their own portraits — a sort of ancient version of the “selfie” — and to discover and use perspective.

Early travellers also believed it was possible to capture an image of a building or landscape by simply viewing it in a mirror. I’ll bet the slide shows held for friends on their return didn’t receive much of a response.

As well as making modern architectural forms possible, the revolution of glass can be tracked by that unique characteristic of reflection and refraction — the printing press, leading to reading glasses, microscopes and telescopes, cameras, movies, television, computers and fibre optic cables.

Today we are surrounded by innumerable examples of how glass has enhanced modern life, from reinforcing an organic polymer to make fibreglass, to home insulation.

Perhaps the greatest advance is the use of fibre optic cables to transfer data. You could say that “light travelling through glass” now defines our modern world.

A Christchurch WorkSafe NZ pilot study has raised concerns about the potential danger of silica dust, specifically from the cutting, grinding and smoothing of concrete.

In one of those strange but true quirks of vocabulary, the university professor involved in the research is a Professor Glass. Go figure.

Last year I attended a presentation at an Auckland secondary school, held to announce the establishment of a High Tech Youth Studio and Academy, sponsored by the High Tech Youth Network, Microsoft and the Government.

The intention is to provide vocational and educational pathways for students in high-performance digital learning and training, within an age band of 16 to 25 years.

I currently mentor Year 9 students at the same school, helping ensure their developing reading skills are transferred into learning skills.

Results have been extremely positive, with students completing the six-month course showing an increased interest and understanding across all their school subjects. Funding, as always, remains a challenge.

The Government’s and Microsoft’s commitment to funding a high-tech initiative, showing young people that computers and technology are more than a source of entertainment and social interaction, is a really positive step.