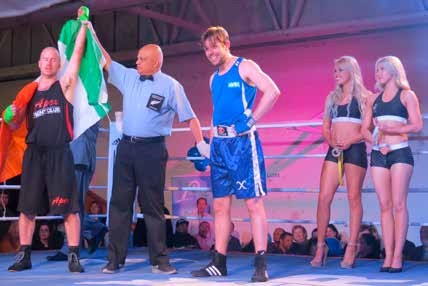 Subcontractors, construction workers and suppliers competed in 14 boxing matches in a Battle of The Construction Industry Fight Night in August, raising just over $9000 for the Prostate Cancer Foundation of New Zealand.

The event, called Boxing for a Cause, and held to raise awareness of prostate cancer, was sold out, with around 600 people filling the Auckland Boxing Association venue.

All competitors, including two female contenders, were novice first-time fighters who had been training at various locations around Auckland for up to three months prior under the guidance of boxing trainer Bruce Glozier, with support from the National Boxing Association.

Prostate cancer survivor Peter Ewing drew upon an entertainment and building industry background to organise the event to give back to the prostate cancer community.

The slogan used to promote the fights was “An act of destruction is an act of construction”, and co-organiser Mr Glozier says a lot of time was put into getting the fight matchings as even as possible.