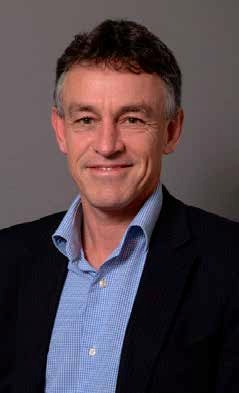 There was an interesting short flurry of media activity a couple of weeks ago after the release of the Task Force Report on what was termed “loopy rules”.

While there was a range of areas identified, the area that the media jumped on was a suggestion that builders could self-certify building work, without council oversight.

The media latched on to a what was a throwaway comment from a Government minister with very little detail on what that would actually entail.

It received a range of reactions, including the obvious one that it could open the door to the sort of situation that allowed the leaky homes crisis to occur.

It also raised suggestions by some that it would allow cowboy builders to run amok.

In fact, the report itself is more balanced, and included the following passage:

“Demonstrating professionalism should attract a premium and distinguish a good builder from a bad one. The (LBP) scheme could reward good builders and encourage the pursuit of excellence. Only a third of builders belong to one of the two industry associations, and this proportion needs to increase as builders embrace the idea of greater professionalism.”

From a Master Builders Association point of view this is hard to argue with. The report then went on to say:

“More skilled builders are needed, but building sector groups tell us there is no plan for how to achieve this. The Ministry of Business Innovation and Enterprise should develop a strategy in conjunction with the sector to make this happen.

“Self-certification exists among electricians and gas fitters. This provides a better way of operating because it puts the onus on the person doing the work to perform. One objective of the strategy must be for builders to reach the level of skills required for self-certification.”

Unfortunately this got lost because of comment made out of context. The debate we should be having is how we become more professional as an industry, and how we encourage people working in the industry to join a trade association that promotes best practice — not an overly simplistic argument about self-certification or not.

I believe we also need to get back to the discussion about risk-based consenting, where the sign-off process depends on the level of risk involved and the competence of those signing off.

This was announced five years ago, but we have made very limited progress since.

It also needs to be considered at the same time as a review of how well the LBP scheme is working.

That is not to say we should do away with it, but we do need to look carefully at quality concerns that have been raised.

The RMBA has previously raised the issue of licensing of businesses, as this is where consumers look to for redress. This all needs to be thought about as one package, rather than separate discussions that are not properly connected.