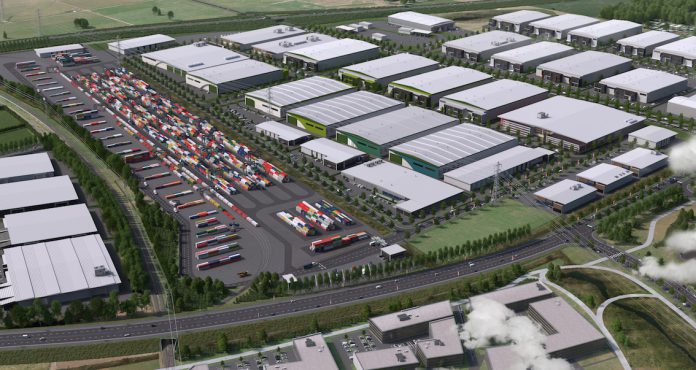 TGH chief executive Chris Joblin says the decision paves the way to start developing the first 13.5 hectare stage of the inland port and surrounding 34.5 hectare logistics zone within the next 12 months.

“We have always approached Ruakura as part of a bigger picture — a new development larger than the Auckland CBD bringing fresh life and jobs to east Hamilton, and as a key hub in the upper North Island freight system,” Mr Joblin says.

“A number of years spent in master planning and talking to customers and the community have helped us future-proof Ruakura with the best connections, such as a dedicated interchange with the new Waikato Expressway.”

TGH has already received a number of expressions of interest about hubbing through Ruakura from leading players in the import, export and logistics sector, although it is yet to commence formal marketing.

“The consistent message from importers and exporters is that they want the freedom to choose between ports and shipping lines, and not necessarily be tied into Auckland or Tauranga,” Mr Joblin says.

“This port neutrality is a key part of the Ruakura offer as we configure the rail and road connections north and east,” he says.

“The efficient hubbing of freight will get thousands of trucks off the roads each year and make better use of the Government’s investment in rail. As Ruakura comes on line over the next five years we see it playing a key role in tackling the congestion in the central, upper North Island, and helping all three cities be more productive.”

In the second quarter of this year TGH will call for expressions of interest from port operators to manage the secure gate-in, gate-out inland port, which will eventually be capable of handling up to 1 million 20ft equivalent (TEU) containers per year.

The inland port and logistics zone will anchor the entire 480 hectare site, which also features the equivalent of more than 52 rugby fields of green and open space, a light commercial knowledge zone and residential housing.

Waikato Chamber of Commerce chief executive William Durning says the Ruakura development will turbo-charge the contribution of the wider Waikato region to the New Zealand economy.

“The Waikato region has a number of strong sectors poised to deliver more economic activity and jobs over the next 30 years.

“As a cornerstone development, Ruakura will help unleash this. Ruakura stands to benefit not just our towns, city and our region, but also the overall New Zealand Inc. story for decades to come,” Mr Durning says.