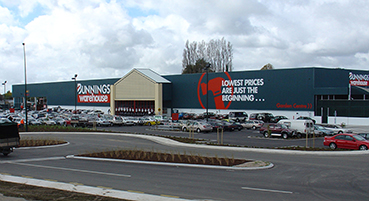 Australian-based home improvement chain Bunnings expects to open more than 30 new stores in Australia and New Zealand over the next two financial years — but how many of them will be in New Zealand is unclear.

The Wesfarmers-owned chain has released its interim results, showing group revenue grew 11% in the six months to December 31 to A$5.5 billion (NZ$5.9b).

Store on store sales grew 7.9% across the two countries.

Bunnings New Zealand marketing manager Valerie Staley says the New Zealand figures were not split out until the full year results, but the chain was tracking along well.

She says the chain was looking at opening at least two new stores next year in Grey Lynn and south Hamilton.

It was also opening a new store in Petone, after Easter, and the Naenae store would become a trade centre as a result. Its Taupo store would also be relocated.

“We’re always looking, we’re always in the market, and when the right sites come up, we look further,” she says.