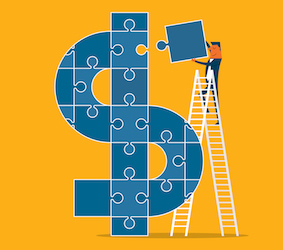 Within that, there will be $258m for more social housing in Auckland, providing at least 750 more places, and in boosting income-related rent subsidies because of rising rents. Another $36 million has been allocated towards “healthier homes”.

And for general Auckland housing, another $100m will be used to free up surplus Crown land for housing developments. This continues the programme started in Auckland last year.

Perhaps adding to a construction crunch in part of the country, the Government has laid out plans to spend $882.5m over the next four years, the bulk in capital expenditure, on building 480 new classrooms and nine new schools, with four more to be rebuilt.

Minister of Building and Housing Nick Smith says the extra $100 million “will add momentum to the programme of using public land for increasing the supply of housing. The programme’s goal is to increase the pace of housing development and to put a greater focus on bringing more affordable housing to the market”.

“The Government recognises that the Auckland housing situation is one of the biggest challenges the city faces, and will soon be releasing its National Policy Statement on Urban Development, which will direct councils to adjust their plans to allow for more development if necessary.

“In Auckland, which is still functioning on 1993 planning documents implemented when there were half a million fewer people living there, that will mean going up and out,” Dr Smith says.

“The housing policies announced in the Budget are band-aids more designed to ease criticism of the Government than to solve the housing crisis. We need leadership from central government on housing. They showed us very little,” the group’s Auckland director Leroy Beckett says.

The headline announcements in Budget 2016 — $258 million in social housing and $100 million for surplus Crown land purchases — are designed to ramp up supply, particularly in Auckland, and offer support to families with desperate housing needs.

“The investments in social housing are much needed,” Mr Beckett says. “It’s an emergency response though, more based on public relations than a thought-out plan for solving the housing crisis.

“This continues the Government’s unwillingness to commit fully to solve the housing issue in Auckland.

“There is no silver bullet for the housing crisis. The Auckland Council needs to play its part by passing the Unitary Plan, and central government needa to invest in infrastructure which allows more affordable housing to be built. Without both working together we will be gridlocked,” he says.

Property Institute of New Zealand chief executive Ashley Church had a mixed response to the Government’s budget measures on housing.

“Any Government which touted itself as being able to solve the Auckland housing crisis on its own would need to embark upon a massive state-funded home building programme — and that simply isn’t going to happen while Bill English holds the purse strings,” Mr Church says.

He says the Government had missed an opportunity to influence the housing market in other ways.

“While it’s good to see that there has been no repeat of last year’s ill-considered attempts to artificially slow the housing market, and no mention of knee-jerk responses such as land taxes, it’s disappointing that there are no positive initiatives to further encourage the private construction of new homes,” he says.

He says the proposed National Policy Statement on Urban Development, which directs councils to allow more housing development where necessary, would not achieve what the Government is claiming for it.

“Opening up more land is a good thing, but any belief that doing so will reduce house prices is naive.

“We need tens of thousands of new homes in Auckland, so the best that can be hoped for is to reduce that backlog as quickly as possible so as to slow house price inflation down from its current dizzying heights. But house prices aren’t going to drop any time soon.”

The community housing sector says the Government only partially delivers a meaningful solution to helping New Zealanders in dire need of affordable and social housing.

Community Housing Aotearoa chief executive Scott Figenshow says there is some good news in the Budget, but the Government has not gone far enough to deliver co-ordinated solutions that work.

“These will go some way to address housing need in communities — but they won’t go far enough.

“New supply alone doesn’t help our lowest income families. We want to see the previous commitment honoured to deliver at least 40% social and affordable housing on the Crown land.

“It’s unclear whether the $100 million just lets one arm of the Crown pay the other for the land, or whether this will provide capital to get the affordable home built.

“This investment will allow people to move out of emergency housing, housing them in a secure, affordable home first. We see this as an endorsement of the Housing First approach that the sector has been calling for.”

Mr Figenshow says the current Government has produced better results in the past, with the Social Housing Fund of $140 million which generated 890 community housing units between 2009 to 2012.

He said if the Government was serious about social investment and reducing inequality it would find an alternative social procurement approach “that would grow our sector”.

“However, the land needs resource consents, which are subject to the cumbersome Resource Management Act rules. Then, to have residential dwellings, we need building consents and construction workers,” Mr Whitburn says.

“This is not a quick fix and will not deliver in a timely fashion. The under-performance of the Tamaki Redevelopment Corporation and Housing New Zealand Corporation in the Auckland market are embarrassing compared to the number of houses being built,” he says.

Instead, he called for the Government to abolish urban limits, consider infrastructure bonds and more training incentives to produce more tradespeople.

“I think the Government has missed a trick to announce tertiary training subsidies to construction trade-based courses, particularly with reference to learn and work schemes. Perhaps a bonded scheme would have been good,” Mr Whitburn says.

Prime Minister John Key has told councils there will be no debate about abolishing restrictive limits on housing.

The Government has previously indicated that it could step in if the Auckland Council failed to allow for densification, but Mr Key has now confirmed that intervention is a certainty if the council does not act.

The biggest measure in the Budget is still to come — a Government directive to the councils to scrap their planning limits which determine where and how high houses can be built.

“There will be no room for debate,” Mr Key says. “This policy statement will demand that.

“And both for residential and industrial land I think you’ll see a further supply on top of all of the other provisions we’ve made in the Budget.”

Auckland councillors voted against densification earlier this year, and will make a final decision on planning limits in August.

Mr Key says the national policy statement will have quite firm expectations of matching the supply of land with the expected growth in their community.

“On that basis, you’ll see higher expectations on a council like Auckland.”

The council rejects this, saying it has approved up to 23,000 homes outside the urban boundaries.