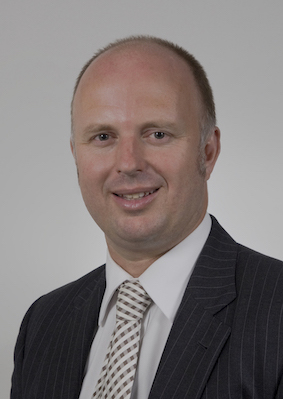 In his article last month, Mike Fox brought to the attention of readers his concerns with the amendments made to the Construction Contracts Act 2002 (CCA), which bring into play a new retentions regime.

These amendments come into force on March 31, 2017. I wish to more fully outline the regime to be introduced, and comment on his key criticisms.

Perhaps to start with, it is helpful to outline the Government’s policy objective, which was summarised as follows:

“This law change arises from the way some contractors misused these retentions as working capital for the next project. This puts subbies’ money at risk in a way in which they had no control or ability to minimise that risk . . . It significantly changes the law on how retentions must be managed . . . The balance we have attempted to strike in this law is minimising the security of these payments for subbies while minimising the extra compliance costs that go with these provisions.”

Key aspects of the retention provisions are as follows:

• The retention regime only applies to retention money withheld on a commercial construction contract where the retention amount exceeds a threshold (de minimis) amount to be specified in the regulations.

• Retention money must be held on trust by the payer in the form of cash or other liquid assets that can be readily converted into cash. However, there is no requirement for a formal trust account or separation of funds to be used.

• The payer must keep proper and transparent accounting records of the monies held. (N.B. methods of accounting may be the subject of further regulation).

• Retention monies can be invested by the payer, at their sole risk.

• Retention monies can be commingled with other money.

• Retention monies do not belong to the payer, but if not paid out to the payee, can only be used to remedy a payee’s failure to properly perform work or remedy defects.

The Act will regard an amount of money withheld by a payer as security for a payee’s performance of its contractual obligations as retention money.

It is clear that the retention provisions bring into play the statutory, implied duties, obligations and liabilities of a trustee, including those under the Trustee Act 1956. A payer must remain mindful of its obligations as trustee.

Retention money will be protected from the “claws” of a liquidator or the Official Assignee in the context of a payer falling into liquidation or bankruptcy, as these funds are not treated as an asset of the failed company/individual.

I would tend to agree that the retention regime provisions could have been better served by further deliberation, and Mike Fox’s suggestion that a full and proper financial modelling by a major accounting firm be completed before the retention regime comes into force is sensible.

However, the law has been passed, and unless some of the problems identified above are worked out between now and March 31, 2017, by method of further statutory amendment or by further regulations, a lot of the practicalities will have to be worked out by those in the industry “on the hop”.

The most compelling criticism he makes relates to the fact that the layered requirement for unusable retention monies to be held on trust down the construction chain will create the need for a significant sum of additional funds (no doubt from lenders) to prop up the construction industry.

Whilst this is something that contractors/subcontractors will need to work through with their respective lenders, there is guaranteed to be some initial pain which, in some instances, will bring about the financial demise of entities unprepared.

However, the utility of this pain is to avoid the Hartner Construction/Mainzeal collapses that fatally affected so many operating in the construction industry.

Another and related flaw in the retention regime as identified by a key CCA commentator is the lack of a transitional provision.

As the wording of the legislation now stands, from March 31, 2017, all retention money held will be deemed to be held on trust.

This part of the legislation was only intended to apply to contracts entered into from that date. Nevertheless, this will be the immediate impact of the retention regime provisions.

Consequently, a significant amount of retention money shown as an asset on a company’s balance sheet will, all of a sudden, be removed from the asset ledger. Some companies may not survive that sudden change.

An immediate amendment before these provisions come into force is required to avoid this sudden effect.