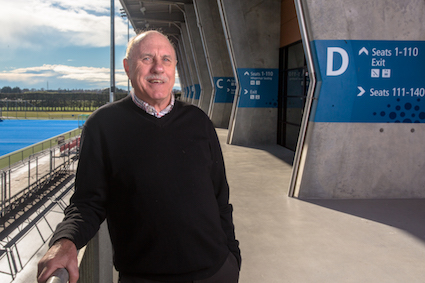 It was a huge shock to the New Zealand construction industry to hear of the death of Ashley Hartley while on holiday in the United Kingdom on September 3, 2016.

Mr Hartley, who was Registered Master Builders Association president in 2006-07, was well known for his passion, dedication and commitment to construction in New Zealand, and was actively involved in the industry up until his death.

Mr Hartley began his illustrious career as an apprentice and building technician with Mackersey Construction Ltd in Hastings in 1966, before becoming head quantity surveyor, programmer and project manager with the company in 1970.

As a quantity surveyor, Mr Hartley joined the New Zealand Institute of Quantity Surveyors as a technical member in 1978, and went on to become an associate in 1994, was registered in 2003 and made a Fellow of the Institute in 2006.

In 1999 he had a spell as manager of Lockwood & McMillan Group Ltd before becoming general manager of Gemco Construction Ltd, where he distinguished himself and steered the company to where it is today.

He oversaw millions of dollars’ worth of construction in the North Island, and was responsible for a wide range of construction work, ranging from residential and industrial to large commercial, including churches, hospitals, prisons, grandstands and freezing works, with individual contract values up to $150 million.

The indefatigable Mr Hartley was always willing to give back to the industry and share with others four decades of experience in the industry.

Mr Hartley is well known for the Best Practice Guide, which he authored, and has become a mainstay for RMBA members.

Mr Hartley has been described as the “elder statesman of Hawke’s Bay’s construction sector” — a fitting tribute to his legacy in the industry.

Away from work, Mr Hartley was a calm, generous man who was always ready to share his knowledge with those around him.

He was a big Hurricanes rugby supporter, and a devoted family man, who is survived by wife Denise, and daughters Kirsty and Rachel.

• A fellow of the NZIOB after joining in 1984. He became a registered construction manager in 1998