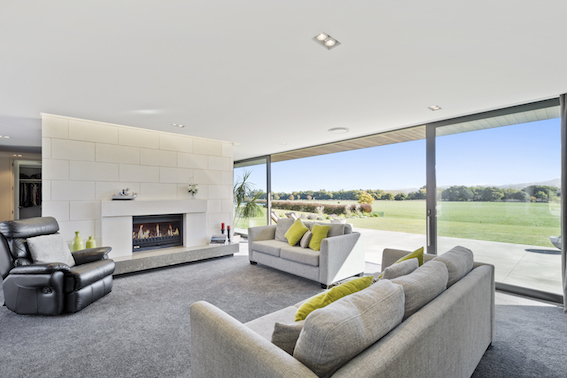 Richard Sexton of Richard Sexton Builders Ltd was elated when he found out his Masterton home was named the Wellington Wairarapa Registered Master Builders 2016 House of the Year, as well as being awarded a Gold Award & Category Win for the Nulook New Home $650,000-$1 million category and the Craftsmanship Award.

Mr Sexton says winning the award was a nice surprise, considering the high standard of builds entered in the competition.

“Winning the Supreme award is a fantastic achievement. There were some incredible homes entered this year, so it’s great to be recognised as the best of the best,” he says.

Mr Sexton says the build was a family collaboration, with the house being built for his parents, and his brother being the architect.

“There was a unique personal connection with this build. We all know each other very well, so the process was really enjoyable and everyone benefited from the experience,” he says.

Mr Sexton adds that the build was not without its challenges though.

“There were quite a few intricate details that were important to get right. The house had floor-to-ceiling windows, which meant there was some complicated technical work that had to be done.”

Judges were impressed with the beautifully crafted home that successfully met the needs of the client.

“The clever interplay of space and light throughout the home, and the harmonious integration between the spaces, generates a home built for comfortable living that has clearly met the clients’ brief,” they said.

“The home wraps around a courtyard that has a detailed timber screen providing privacy from the road. The large, private and sheltered outdoor entertaining space is accessed from most rooms of the home.”

Mr Sexton says the House of the Year competition is a fantastic opportunity to be recognised by the industry and the public.

“It’s great to be able to put your best foot forward and gain acknowledgment for your hard work,” he says.

Mr Sexton praises the Registered Master Builders Association for the creation of a community of like-minded people who can share ideas, despite also competing against each other.

Richard Sexton Builders Ltd is looking forward to the national competition next month, where they are hoping to come away with a national award.