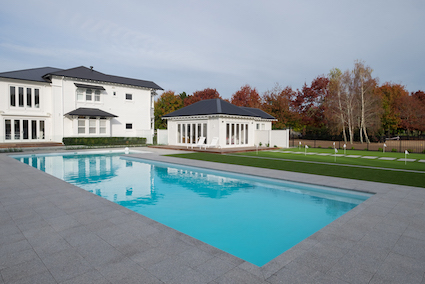 After three local supreme wins, John Macdonald of John S Macdonald Builders Ltd was overwhelmed in taking out his first national supreme award at the Registered Master Builders 2016 House of the Year.

His Hamilton renovation was named the Registered Master Builders 2016 Supreme Renovation of the Year, and was also awarded the national category win for the Renovation Award over $500,000.

Mr Macdonald says winning the award was a great achievement for his team, and a proud moment for Waikato.

“We were really lucky to win our local supreme award for the third time, and now to win the national supreme is just fantastic. It shows that we are consistent in our high standards,” he says.

Mr Macdonald says the kitchen was a stand-out feature of the home, which was extended to three times its original size and connected to the outdoor flow.

However, he said a key challenge was retaining the existing features of the home to do it justice.

“We spent a lot of time sourcing the architraves, skirtings and the trims. All the doors were made exactly the same as the existing ones,” he says.

“We kept everything in theme and didn’t scrimp. If we needed to find something, we found it. If we couldn’t find it, we made it. We wanted to ensure a seamless blend between the old and the new.”

Judges said the home was simply stunning, and a credit to the owner and the builder.

“With no loss to the historical character, this magnificent family residence is a combination of renovation and restoration. The home has been reconfigured, and services have been upgraded to incorporate 21st Century technology,” they said.

“The rooms are full of light and space, and include subtle ornamentation and detail which blends in with the opulence of the furniture and fittings.

Mr Macdonald says he has entered well over 20 houses in the House of the Year competition over the years. Winning the Supreme Renovation of the Year was a testament to the vision of the home owners and the hard work of the team.

“The owners wanted to do the house justice. They had the right vision and gathered a really good team together — that is why it ended up where it did,” he says.

Mr Macdonald praises the Registered Master Builders Association for the guarantee scheme it provides to members, and for being able to enter awards such as House of the Year.