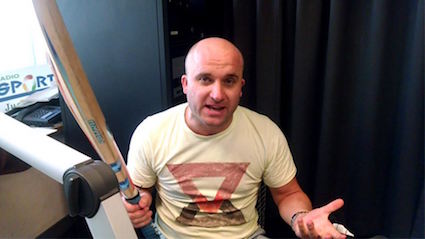 As sure as the winter months are coming, one of the best parts of any cricketing summer is watching New Zealand captain Kane Williamson bat.

He is certainly our finest test batsman since Martin Crowe, and I believe by the time he is finished he will have made an iron solid case to say he is the best this country has ever produced.

His test match average is a shade above 51 through 61 tests, having scored a New Zealand record 17 centuries. That is world class by any measure, particularly given the fact he plays so much on New Zealand wickets where runs are a little harder to come by than in Australia or South Africa.

And he is most certainly in that top echelon of test batsmen in the world, alongside fellow captains Virat Kohli of India, England’s Joe Root and Steve Smith of Australia.

Smith’s numbers are better (an average of 61 with 20 centuries) but he has developed a technique that is hard to replicate.

Williamson’s technique is well-honed through hours of practice and attention to detail. He has studied the textbooks, watched the best and added his own style to be simply one of the most asthetically pleasing batsmen the world has seen.

He is a craftsman. And like all good craftsmen there is a want to be better. It is hard to imagine him as a better player, but there is still time to fashion a better record.

Martin Crowe averaged a touch over 45 in test cricket and, like Williamson, scored 17 hundreds. Crowe retired due to persistent knee problems, aged 33. Williamson is only 27, with plenty of years left to plunder bowlers.

A lot of the great batsmen thrive well into their mid-thirties, so with that in mind it’s not difficult to see Williamson scoring 30 test hundreds.

I think he can score 35 which, for a New Zealander, is flat out ridiculous. Imagine that — someone being good enough to more than double Martin Crowe’s tally of centuries.

There would need to be no debate at that point as to who the best is. Only thing is, would Kane be too humble to acknowledge what the rest can clearly see?

Finally, Keiran Foran has been on the park for the Warriors in the NRL. He was signed late in 2016 nursing a busted shoulder and a broken life.

His problems with gambling addiction and depression are well documented, and I don’t think anyone truly knew when to expect him back on a footy field, least of all Foran himself.

I, for one, have been sceptical all along he’d be a success in Auckland. He certainly wasn’t at Parramatta, where he played only nine games after arriving from Manly.

This certainly has a would-be redemptive feel to it from Warriors brass. Club boss Jim Doyle and coach Stephen Kearney both like and respect Foran from their collective time together with the Kiwis.

Kearney even said the recruitment of Foran was primarily about looking after Foran, like you would a friend.

Make no mistake though, the Warriors have gone all-in on Foran because, at his best, he is a tremendous footballer and he can make this Warriors team better. They wouldn’t have signed him if that wasn’t the case.

Average footballers don’t get looked after like this. It’s admirable what Doyle and Kearney have done for a mate, but there isn’t much room for sentiment in a hard, salary-capped league like the NRL.

Foran may need the Warriors now, but they need him to be near his best this season. If the club didn’t expect that for its fans then they shouldn’t have signed him.