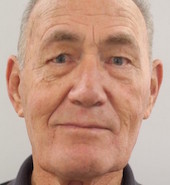 The Donald Trump bid for the USA presidency introduced us to a new reality, and a new way of speaking known as “alternate facts”.

Essentially, this is using plausible and just barely believable statements to deceive and denigrate your opponents, while concealing your own weaknesses.

The presidential campaign also introduced the concept of false news — if you say something often and convincingly enough people will accept it, even if it is clearly untrue. Sounds a lot like advertising.

The myth of the SUV

We are all susceptible to a good sales pitch, even if common sense tells us it is wrong, or not the full story.

One of the effects of this phenomenon is the growth in SUVs on city roads — the so-called Sports Utility Vehicle.

Beloved by car dealers, as profit margins on SUVs are, like the vehicle, through the roof, the SUV now has a vice-like grip on city dwellers.

The SUV first appeared back in 1935 as the Chevrolet Suburban and, later, various iterations of the Land Rover.

But the modern SUV really took off in the past 10 to 15 years, first as a potential off-road vehicle and then as the ubiquitous suburban “tractor”.

None of these statements are true, and none are the real reason why SUVs are so attractive to a certain social sector.

The real reason? Initially it may have been pretending to be off-road, but today it’s all about image. And that’s fine, except that SUVs are an environmental disaster and drive other road users balmy because of their bulk.

Try parking alongside one, or seeing past the bonnet of an SUV at an intersection.

The first home I designed for our family of four was all of 120 square metres, and contained three bedrooms, two bathrooms, a study, family room, kitchen, dining room and living room.

We thought it was big, and was probably about average for the mid-1970s. However, today, 120 square metres is considered tiny.

Yes, there are “small house” movements, but the average home today is well north of 200 square metres.

Why are new homes getting bigger? Fashion pressure via TV programmes is a factor, yes. But the real reason is the cost of developed land.

If a volume builder has to spend more than $300,000 for a developed house site, then they need to build the largest possible dwelling to ensure they can make a profit. Simple economics.

With house prices in urban centres going through the roof, the move towards larger and larger homes is exacerbating the cost spiral, is bad for the home owner and bad for the economy.

In one large, new development area in Auckland, the majority of the homes — even the terrace houses — have four bedrooms and two living rooms and, in most cases, are occupied by a couple living on their own. Make sense of that.

Not needed on site

The construction industry has convinced itself and its customers that the presence of the project’s designer (architect, engineer, architectural designer) on site is an unnecessary expense. Really? And how did this come about?

I was brought up in an era when a project of any size or complexity was administered and observed by the architect or engineer, with both a clerk of works and a site engineer to ensure that day-to-day activities met contract and legislative requirements. Sounds quaint now doesn’t it?

The change started in the 1970s with the first of two development booms — the second being a decade later.

We all know how successful that period was, with rampant inflation (over 30% one year in the 1970s) and some really bad construction practices.

And, in more recent times, we have an industry that can’t seem to stop their buildings leaking.

Inevitably, there was the appearance of a new profession, one more suited to projects being delivered by contractors rather than for building owners — the project manager.

Author and futurist Ray Kurzweil describes the three stages of technology uptake as wow (isn’t it great), then uh oh (but it will cost too much, or not work) and, finally, let’s go (it’s too important/valuable not to proceed).

Unfortunately our industry seems to be stuck permanently in the uh oh phase.

The new reality is that services we once saw as essential are now heading into their own dinosaur age, scuttled by a combination of economic factors and new technology.

This phenomenon is not new. I have to admit, I remember when home deliveries of bread, meat, groceries, milk and even prescription medicines from the chemist were considered normal.

Examples of what is on the likely to disappear list are: newspapers, real magazines (I think that celeb-based mags will probably, like the tuatara, survive), mail deliveries, free-to-air TV, landline telephones, dairies and corner stores.

Some will be replaced by online equivalents, but most will simply fade away through lack of use.

I didn’t include the architectural profession in the list, but it’s already showing some worrying signs.