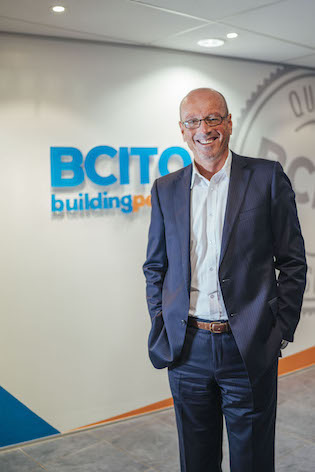 Fact: The number of construction trainees will be insufficient to meet forecast demand.

Fact: We must do something different to resolve this issue.

The BCITO has identified a number of initiatives that will help. This article is a potted summary of those (and I could write chapter and verse on each) and there are, no doubt, many others.

The BCITO’s “stackable credits” initiative represents one step to creating a useful pathway for new recruits and employers, and will be trialled shortly.

Training is closely aligned with business practices (and therefore of value), and recognition by the New Zealand Qualifications Authority of individual credits (badges) earned by recruits has the potential to attract more into the sector. It also helps to lift skills across the board.

The trades face generational prejudice by those influencing our school leavers. This view is, in part, reinforced by the Government’s qualifications framework where a university degree is at Level 7 and a trade at Level 4.

This sends prejudicial market signals, and we recommend the framework be reviewed so vocational training is more fairly positioned.

Industry Training Organisations (ITOs) are prohibited from training, but can facilitate it. Currently, there are some 60,000 potential construction employers but only 10% of them actively train at any one time — and most apprentice growth comes from firms that traditionally train.

This prohibition should be reviewed because:

• the separation of standard setting and delivery is no longer necessary as alternative checks and balances are available.
• the “facilitation” of training will be tested in coming years as ITOs roll out digital learning technologies that further blur the line between facilitation and training.
• the hurdles Small to Medium Enterprises (SMEs) face taking on apprentices can be offset by the BCITO working in closer partnership with them to share the training obligations in more flexible/customised ways that reduce the perceived costs.

Employer willingness to take on trainees is dampened by financial support being currently directed at trainees, while the cost of on-site training is carried by them. In a nation of SMEs this cost is considered excessive by many.

Within industry, some support exists for the introduction of a training levy on employers from which such a training subsidy might be paid.

The UK recently introduced an employer levy, and that fund supports those firms that train. The concept of a levy is not new, as we already have a building levy that is used for various purposes.

The 2013 “Reboot” scheme saw apprentice numbers grow by 92% and employer numbers by 73%. If the success of this scheme is any indication a way ahead may be tested by a trial.

Might the funding of such a trial be undertaken with surplus building levy funds perhaps?

The New Zealand birth rate 15 years ago was the lowest in our history. We are now entering a period of fewer numbers leaving school at a time when construction needs resources more than ever. Competition will be fierce and the problem is only going to get worse.

So construction needs to “widen the talent pond in which it fishes”, and attracting more women into the sector is a key strategy. Construction only has 2.6% female apprentices — one of the lowest female participation rates in the New Zealand economy.

The BCITO recently won a research grant to better understand how to attract, retain and promote women in construction, and intends to roll out the findings of that research as it comes to hand.

We recommend that Government establishes a labour force development unit to continuously monitor, in partnership with industry, the number of workers/apprentices that need to be in the system at any one time, with the ultimate goal of avoiding the over and under delivery of skills.

Government would then be better placed to use its other leavers in response to market demands.

It is understandable that firms find it difficult to train during a recession, but as the Government is a significant procurer of construction services, it can influence behaviour by insisting companies undertaking its work have a “quota” of trainees.

This will help maintain apprentice numbers, particularly during a recession, and should be undertaken in conjunction with workforce planning forecasts.

Employment-based training regimes are self-regulated by market demand so, in theory, industry does not over or under train and, in the long term, obtains an equilibrium.

Firms rely on immigration as a safety valve to fill spikes in skill needs until there are sufficient numbers in training to replace them. These are complementary.

However, in the case of construction, volatility results in the shedding of staff during recessionary times and a lag in training investment post-recovery (which is often very sharp).

It then can’t respond quickly enough to skill shortages and, as there are issues with the training system (as highlighted in this article), there is an over-reliance on immigration.

Government support comes by widening the skills shortage list to ensure construction activity is not choked, which is particularly relevant at this time with critical housing shortages, affordability issues and the like.

While we understand and support this, it is a delicate balance. What concerns me are the signals that Government sends employers.

If it fails to address the training system and constantly responds via immigration, then it risks immigration becoming the primary skills pathway.

This will result in fewer firms training, and sets up the training and immigration pathways to be competitive and not complementary.