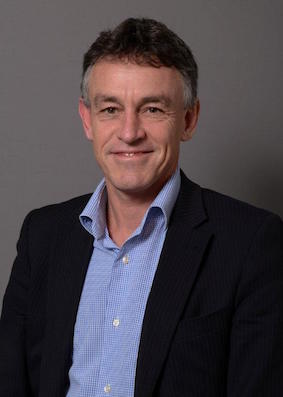 The incoming Government has put housing and construction at the top of its priorities with the new $2 billion KiwiBuild scheme.

With a target of building 100,000 new affordable houses in the next decade, it is undoubtedly ambitious.

All three parties in Government campaigned heavily on increasing housing supply, improving the quality of housing stock, and strengthening the built environment.

Many will judge the Government’s performance in the first term almost solely on whether they can clear the way, particularly from a regulatory perspective, to build more homes.

Minister of Housing and Urban Development Phil Twyford, who was involved in the recent all-of-sector Constructive Forum, highlighted that the KiwiBuild scheme aims to build 100,000 high-quality affordable new residences over the next 10 years.

We support the Government’s intentions, and believe the key to achieving them will be forming public-private partnerships with the sector.

Minister Twyford has already announced he intends to work with New Zealand companies to implement KiwiBuild. This is good for the sector, and for New Zealand.

He has already met with prominent building companies who are members of the Association. We believe greater collaboration between the sector and Government will help drive greater innovation for the sector as a whole.

The new Government will also need to have a meaningful look at planning, including infrastructure, land availability, and finance.

We have previously commented about the poor co-ordination and lack of consistency between planning documents such as the Resource Management Act, the District Plan and design guides.

We believe the current planning system is not fit for purpose. It results in land and sections priced at a level that makes it near impossible to build affordable housing.

Another key issue is skills. Labour has said the KiwiBuild programme would be implemented in conjunction with a KiwiBuild Visa to address current skills shortages in the sector.

The KiwiBuild visa scheme is, however, limited to between 1000 and 1500 at a given time. Whether this is enough remains to be seen.

We are pleased to hear that any proposals to limit immigration must be balanced by the needs of the sector.

Fostering the sector’s ability to recruit and retain talent is vital. This is not just an issue for large commercial builders, but also residential builders. There is a need to develop a more responsive training system.

Labour has previously signalled that it will require contractors on Government building projects to have apprentices on their staff. They will also channel social welfare payments to businesses to take on apprentices. We welcome both measures.

We are also encouraged to hear the incoming Government recognise the importance of construction in New Zealand.

There is much at stake for the sector and for New Zealand, and we look forward to working with them in the coming months.